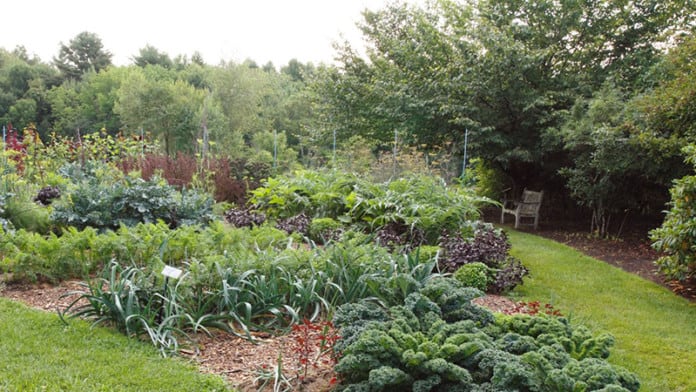 Research led by the University of Adelaide has found that households would only need to give up less than a quarter of their domestic lawn areas to grow enough vegetables to become self-sufficient.

In the study published in Sustainable Cities and Society , researchers calculated self-sufficiency by measuring the capacity of private vegetable gardens in Adelaide to supply the recommended daily vegetable intake of residents.

Then using airborne photography (similar to Google Earth) of properties across three sites representative of Adelaide’s geographical spread, Aldinga in the south, Gawler (north) and Burnside (central), they modelled whether there would be enough lawn area to grow a sufficient vegetable supply.

The researchers found that 93 per cent of the residential blocks in the study could be self-sufficient for vegetable production.

PhD student Isobel Hume from the University of Adelaide’s School of Agriculture, Food and Wine, says that by getting a birds-eye view with airborne photography, they were able to identify land area immediately available for vegetable production.

“We looked at lawn areas because they can more readily be transformed into vegetable gardens than spaces such as driveways, trees, and street verges, which were considered in previous research looking at self-sufficiency through urban agriculture,” Ms Hume said.

We chose Adelaide for the case study to model self-sufficiency because with approximately 400 people per square kilometres, it is a low density city, it is situated on a productive agricultural landscape, and a high percentage of dwellings (75 percent) are free standing houses.

“Additionally, each of the sites we looked at in the study has a unique settlement history. For example, Gawler was South Australia’s first regional settlement and was historically separate from Adelaide, but as the population has increased along with urban sprawl, it now marks the greater north Adelaide region.”

The study also found that under high yields, just 23% of domestic lawn areas would be required to grow enough vegetables to meet the recommended daily vegetable intake.

“We were surprised that this percentage is so low. So people really can have their lawn and eat too,” Says PhD student Isobel Hume

The research acknowledges that other resources are required to achieve and maintain high yields of vegetable production, including water, time (labour) and nutrients, and further research is needed.

“We felt it important to focus on land availability first because if you don’t have the land it’s really a deal breaker even if the other resources are available,” Ms Hume said.

Project leader and Professor of Soil Ecology, Tim Cavagnaro, said while there has always been lots of interest in urban agriculture (growing your own food), historically this focus is heighted in times of stress.

“During World War II when the agricultural industry was struggling due to massive labour shortages and severe drought, people turned over their front and back yards to vegetable gardens, which became known as ‘victory gardens’, with people selling off their excess vegetables to raise funds for the war effort,” Professor Cavagnaro said.

“In terms of more recent stress, during COVID we saw increased interest in urban agriculture, with restrictions around going to the shops opening people’s eyes to the idea of growing their own food.”

Professor Cavagnaro says in addition to allowing people to becoming more self-sufficient, urban agriculture also has a number of social and environmental benefits.

“People may be less likely to waste food they have grown themselves, and a greater sense of community may be developed with people sharing or trading their excess with their neighbours,” Professor Cavagnaro said.

“Then there are the benefits to help us adapt to climate change. Although not so bad here in SA, in some parts of the world, food travels a great distance before it is consumed, so urban agriculture is a way of reducing food miles.

People may also learn to eat more seasonally, which could reduce demand for foods coming from interstate or overseas.”

Professor Cavagnaro says that a threat to self-sufficiency through urban agriculture is changes to housing and land size, as we try to accommodate more people in our cities.

“Bigger houses on smaller blocks could impact the plausibility for self-sufficiency, so if we are going to factor urban agriculture into plans to help feed future generations it could be important from a city planning perspective to preserve some land for food production,” Professor Cavagnaro said.