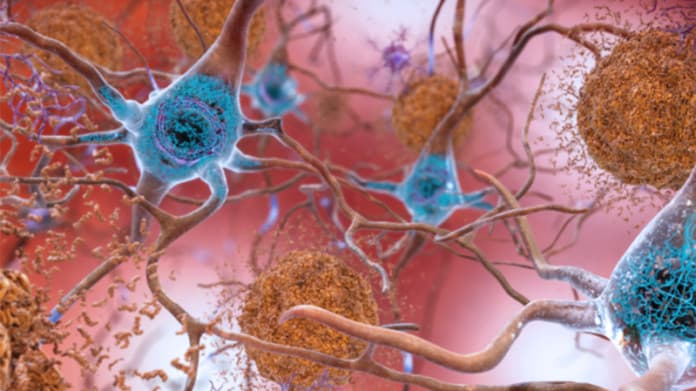 Ultrasound can overcome some of the detrimental effects of ageing and dementia without the need to cross the blood-brain barrier, researchers at The University of Queensland have found.

A multidisciplinary team from the Queensland Brain Institute (QBI) have found that low-intensity ultrasound effectively restored cognition without opening the barrier in aged mice models. The findings provide a potential new avenue for the non-invasive technology and will help clinicians tailor medical treatments that consider an individual’s disease progression and cognitive decline.

“Historically, we have been using ultrasound together with small gas-filled bubbles to open the almost-impenetrable blood-brain barrier and get therapeutics from the bloodstream into the brain,” lead researcher Professor Jürgen Götz  said.

The new research involved a designated control group who received ultrasound without the barrier-opening microbubbles.
“The entire research team was surprised by the remarkable restoration in cognition,” he said. “We conclude therapeutic ultrasound is a non-invasive way to enhance cognition in the elderly.”

Ageing is associated with impaired cognition and a reduction in the learning induced plasticity of the signalling between neurons called long-term potentiation (LTP).

Professor Götz said the brain was “not particularly accessible”, but ultrasound provided a tool for overcoming challenges like the blood-brain barrier.

“Using ultrasound could enhance cognition independently of clearing amyloid and tau, which form plaques and tangles in people with Alzheimer’s disease,” he said.

“Microbubbles will continue to be used in combination with ultrasound in ongoing Alzheimer’s research.”

About 400,000 people in Australia have dementia and numbers are projected to increase to one million by 2050, with ageing the single biggest risk factor.

Previous research has shown the long-term safety of ultrasound technology and that pathological changes and cognitive deficits could be improved by using ultrasound to treat Alzheimer’s disease.

Professor Götz said there were still questions about the differences between normal “physiological” ageing and the “pathological” ageing that happens in Alzheimer’s disease.

‘’We believe there may be some overlap between physiological and pathological ageing in the brain and the potential for this to be corrected with ultrasound is meaningful for those living with Alzheimer’s disease,” he said.

‘’We are taking these findings and implementing them in our Alzheimer’s research as we go forward to clinical trials.’’

Professor Götz’s research team at QBI’s Clem Jones Centre for Ageing Dementia Research aims to understand how brain diseases begin and their progression at molecular and cellular levels in the hope of ultimately developing therapies.

The research has been published in Nature journal Molecular Psychiatry

*For more information, please visit the below website and conduct your own further research.
www.uq.edu.au