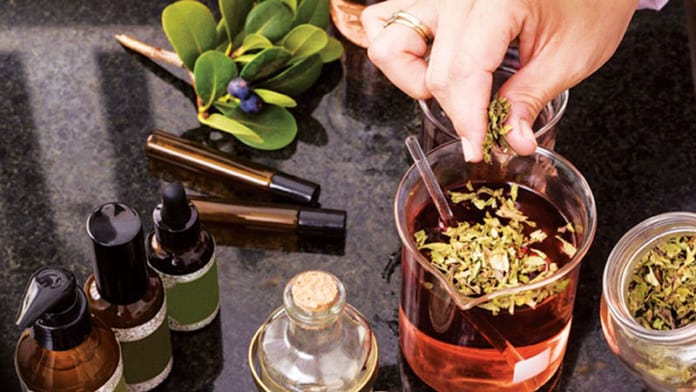 There are a lot of things you can do to combat stress. Of course, the goal isn’t to get rid of stress completely (that would be a losing battle) but to find ways to minimise and manage it. Here are ten strategies for calming stress that really work, and are supported by science.

Exercise produces endorphins – chemicals in the brain that make you feel good – which help decrease tension, elevate mood, improve sleep, and boost self-esteem. All these are factors that can lead to reduced stress.

In addition, research has found that exercise can increase emotional resilience and the way you handle stress.

Take the stairs instead of the lift when you can. Get up from your desk every once in a while to move often-neglected muscle groups. Just five minutes of exercise every day can help stimulate stress-reducing effects.

Hemp oil is becoming increasingly popular due to its many potential benefits, especially when it comes to stress.

Hemp oil is extracted from the aerial parts (leaves, flowers, and stems) of the hemp plant, which contains less than 0.3% THC, so it’s non-psychoactive. The extraction process leaves in the native, beneficial plant compounds (phytocannabinoids), like hemp-derived CBD, which gives the oil its stress-relieving properties.

When the phytocannabinoids in hemp oil interact with the body’s endocannabinoid system, it can promote a sense of calm and balance.

When you’re stressed, your body releases a hormone called cortisol. While cortisol is OK, and even good in small amounts, having too much in your body for too long can lead to inflammatory pathways, an underlying cause of various health problems.

In one study, researchers reported that regular meditation helps improve emotional reactivity – the way you respond to stress – which in turn reduces cortisol levels and inflammatory processes. Researchers from this study also compared meditation to other forms of stress relief, like physical activity and music therapy, and found that while they all had a positive effect on cortisol levels, meditation seemed to help the most.

Adaptogens are herbal supplements named after their ability to help you ‘adapt’ to outside stressors. They help support your adrenal glands, the endocrine glands near your kidneys that produce and release stress hormones.

One randomised, double-blind study found that participants who took 240 milligrams of ashwagandha extract, one of the most well-known adaptogens, for eight weeks experienced less anxiousness and stress, enhanced mood, and a reduction in key stress biomarkers like cortisol.

While ashwagandha might be one of the most common options, other adaptogens that can help ease stress and promote calm include:

The olfactory nerve, which travels from your nose to your brain, gives you your sense of smell, of course, but it also plays a role in supporting the parasympathetic nervous system. The nerve sends signals to your brain that affect the limbic system and amygdala, parts of the brain that affect your emotions and mood (as well as memory).

Some active compounds in essential oils, the foundation of aromatherapy, trigger the olfactory nerve to shut down signalling, which produces a calming effect in the brain that extends to the rest of your body too.

Lavender essential oil specifically, has been found to improve mood and help calm down your nervous system – all factors that play a role in stress relief.

Other essential oils you can try for stress are:

Although it’s become more mainstream in the Western world in the last decade or so, yoga has been used in India as a form of mind/body medicine for nearly 4,000 years. While yoga can certainly stretch your muscles and make you more physically fit, it’s even more beneficial for your mind.

The act of sipping a hot cup of tea is relaxing in itself, but the tea leaves in your cup can have a major impact on your stress levels from a physiological standpoint too.

In one study, researchers kept track of cortisol levels in two groups of men. One group drank black tea four times a day for six weeks, and the other group drank a placebo. Both groups were then purposely subjected to stressful events to see how they responded. After the six-week period, the tea-drinking group had lower cortisol levels than the placebo group. The tea drinkers were also able to recover from stress more quickly. Another study that looked at green tea reported similar results.

But it’s not just tea leaves that can be beneficial. Many teas are made with herbs, like lavender or chamomile, which have also been shown to have stress-relieving properties. If you’re looking for a herbal tea to help lower your stress levels, some good choices are:

8. Introduce More Hops To Your Routine

Hops might be most well known as one of the main ingredients in beer, but the plant has also been used as a herbal remedy for stress for centuries.

Although hops don’t appear to lower cortisol levels directly, the bitter acids that give hops their signature taste have a calming effect that can help alleviate stress and the muscle tension that comes along with it.In addition, hops can interact with the neurotransmitter GABA. GABA plays a role in brain signalling and nervous system activity and can contribute to an overall calming effect.

Hops have also been shown to promote good sleep quality, and better sleep means a steadier stress response in most cases. Since alcohol can have a negative effect on stress (and sleep), it’s best to forgo the beer and get your hops from non-alcoholic sources, like herbal teas.

Clinical research on Kava kava, another herbal bioactive, shows some promise for helping to manage stress. Similar to how hops promote a sense of calm, kava interacts with GABA receptors in your brain, affecting nervous system activity and helping to calm you down.

Kava also seems to help block the activity of norepinephrine, a neurotransmitter that acts as a stress hormone in your body, as it interferes with your body’s sodium/potassium channels, reducing muscle contractions and serving as a muscle relaxant.

Although caffeine does have some positive effects, like enhanced alertness, better mood, and improved exercise performance, it has some downsides too, especially if you drink too much.

In one study, researchers gave healthy men and women varying doses of caffeine at different times and found that the caffeine spiked cortisol levels throughout the day. The researchers were also interested to see whether or not participants could build a tolerance to caffeine that would eventually prevent these increases in cortisol. They found that while the cortisol responses were less severe over time, they never fully went away.

Caffeine can also interfere with sleep. According to another study, caffeine reduces the quality of your sleep by as much as 10% and the amount of sleep you get by almost 40%. And these effects can persist for three to five days after you’ve consumed it.

Although there are many different sources of caffeine, coffee tends to be the major contributor to a high caffeine intake. If you feel that coffee is getting in the way of your ability to sleep or respond to stress, Ellen Vora, M.D., a holistic psychologist with a functional medicine approach to mental health, recommends gradually reducing your overall caffeine consumption and cutting off your intake earlier in the day, by 11 a.m. or 12 p.m. at the latest.

Although you can’t avoid stress completely, there are lots of things you can do, like exercise, meditation, and taking targeted herbal supplements, to deal with it more effectively.For most people, the best defence against stress is a multi-faceted, holistic approach that combines several of these proven strategies.
www.mindbodygreen.com