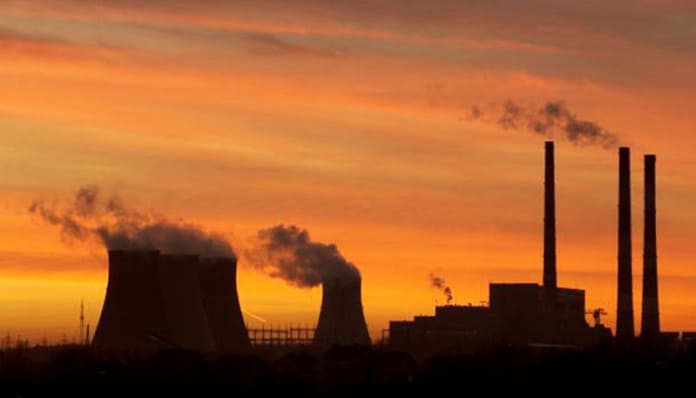 On October 8, 2018, the United Nations Intergovernmental Panel on Climate Change (IPCC) released a special reportoutlining the challenges that lie ahead if global warming exceeds 1.5°C above pre-industrial levels, and on August 9, 2021, they anticipated that we may reach that increase of 1.5°C a decade earlier than we thought.

Given this increase, the report also warns that the widespread wildfires, severe droughts, and extreme storms we see happening around the world will likely get worse without immediate action.

It paints a bleak picture, to say the absolute least. So when acclaimed environmentalist Paul Hawken, said there is actually some good news to glean from this report we were stunned – and cautiously hopeful.

“As researchers, there was nothing new in the report for us, but there was some good news,” he says.

“No IPCC report before has been unanimous,” Hawken says. “Every country in the world that’s a member of the UN framework on climate change signed onto it.” A noteworthy feat, considering many countries that had not signed on before were now on board—which sparks hope that the entire world may start to view the warnings more seriously and take immediate action.

“The fact that the world is virtually unanimous on what we face, the impacts, [and] the science itself is extraordinary,” Hawken adds.

2. If We Stop Increasing Greenhouse Gas Emissions, Heating Will Steady

Amid the frightening warnings, a relatively new development got lost in the shuffle: “We now know that the moment we stop increasing our greenhouse gas emissions into the atmosphere, within a reasonably short time, heating stops,” says Hawken. Meaning, as soon as we reduce those emissions, the heating stays steady—it doesn’t keep getting warmer and warmer.

“For decades it was assumed that since the carbon dioxide stayed up there for decades, if not centuries, that we would continue to experience an increase in warming for decades and centuries,” Hawken continues. So even if we hit net-zero emissions, we wouldn’t be out of the woods for a very, very long time.

But according to the report, even if the carbon dioxide does remain up there for decades, if we aren’t adding more and more greenhouse gases to it, it won’t keep on warming the planet.

Of course, even if we steady our greenhouse gas emissions, we’re by no means out of the woods: “We have to draw it out; we have to bring down those greenhouse gas levels back to pre-industrial levels,” says Hawken. But the report shows that just stopping the increase can have a significant effect.

3. The Timing Made An Impact

Finally, Hawken notes that the timing of the report is interesting. “It was released during a time when the whole of the Northern Hemisphere is on fire in one way or another—from Siberia to Greece to Sardinia to Italy to Spain to Canada to the United States, Australia and so forth…fires that have never been seen before in terms of ferocity, scope, and breadth.”

Now, this is not good news in and of itself, of course not. However, Hawken explains that this creates a very teachable moment for the world.
“I think it went deeper into institutional governing bodies than prior reports had,” Hawken continues. “I suspect that it did make a difference in places, even if they haven’t been noted or publicised…I just feel like it made a really big impact because of the simultaneousness of what we’re seeing worldwide.”

In other words: Among the wave of “code red” headlines and images of climate refugees and burning homes, the report’s message may have an even larger impact … which is good news in the sense of taking the issue more seriously.

According to the new IPCC report, we’re heading down a dangerous path in terms of climate change—and if we don’t reduce our emissions (by a lot) now, it will likely get worse. Whilst the report itself does not offer “good” news, it seemsglobal response to the report has more countries taking action.
www.mindbodygreen.com