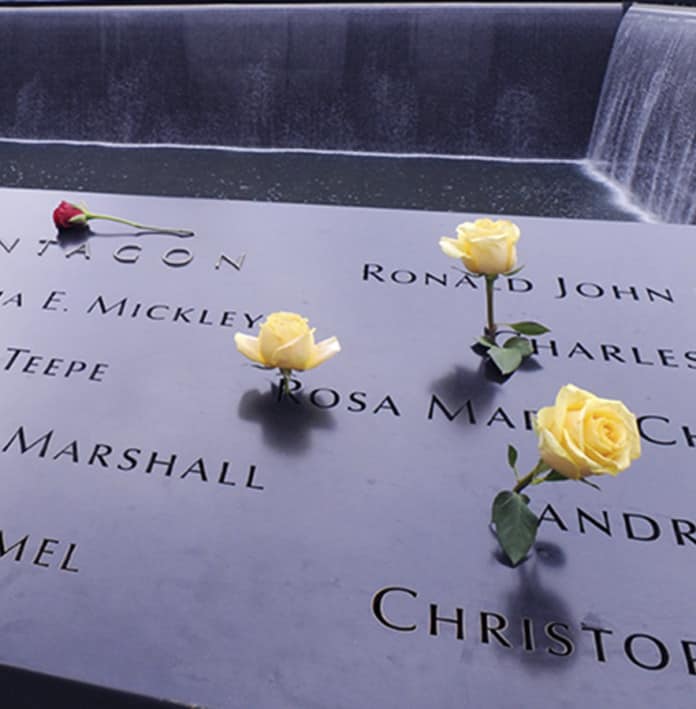 On Sept. 11, 2001, 66 men and women who worked for the investment banking firm Sandler O’Neill & Partners on the 104th floor in the World Trade Center lost their lives.In the harrowing days following the terrorist attacks, the company made the decision to set up a foundation to pay college tuition for all the 76 children of their fallen colleagues.

The 54 who are now attending or have attended college have gone to every sort of school imaginable — from Stanford to Notre Dame to community colleges and technical institutes.

Andy Armstrong was one of the founders of the Sandler O’Neill Foundation. Though he did not work for Sandler O’Neill, he was a friend of Sandler’s surviving partner, Jimmy Dunne. He and others of Dunne’s friends and colleagues – as well as banking competitors – helped set up and endow the foundation.

“We were up-and-running by the end of the first week,” Armstrong says. “We wanted the families of the lost to know that we would always remember, that the passing years would never sweep this under the rug.

People donated many millions of dollars to set up the foundation. We have no salaries and no expenses except fees to stay extant.”

“We know most of the children who went to college. You wouldn’t believe some of the letters they have written in appreciation. They particularly appreciate that we remember their mum or dad this way.”

When we called and spoke with Jimmy Dunne at Sandler O’Neill, we asked him why he instantly did so very much the right thing, the extraordinary thing, when it would have been so easy and normal and understandable to just do enough.

“Because there was a moment in time to stand up,” Dunne says, bluntly. “Because we believed that what we did would echo for a hundred years in the families of our people, their kids and their grandkids. Because how we conducted ourselves in those first few hours and days would define who we really were and what we were about.”

“Because I knew that if we were not honourable, then we stood for nothing. I knew almost immediately that we would not be intimidated, we would not go out of business, and that we would come back stronger than ever, and be an example of people who worked and lived with honour. And that meant taking care of our people and their children with respect and reverence. So we did that.”

“We figured what we did and how we did it was our way of fighting idiots like bin Laden. You want us to fall apart? Then we will survive and flourish. You want to destroy us? Then we will insist even more on acting with honour. That’s what the foundation was for, is for. We want our defiance and reverence to echo for a century, so that the grandchildren of our people will know we stood for something, and acted honourably when it really counted.”
www.goodnewsnetwork.org