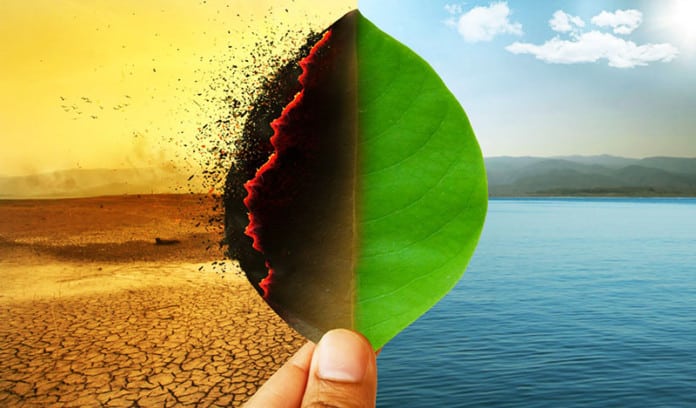 18-year-old Ashjayeen Sharif is an arts student, a climate activist and now a contender for a seat on the board of AGL, Australia’s biggest greenhouse gas emitter.

Melbourne University student and climate activist Ashjayeen Sharif is gearing up to address AGL’s annual general meeting (AGM) next month in his bid to get a seat on its board.

Already an active leader in the School Strike 4 Climate movement, Sharif wanted to take his activism one step further and so put his hand up to work with Greenpeace on an AGL campaign.

After nominating himself as a candidate for election, and receiving support from another retail shareholder, Sharif’s now getting ready to address AGL shareholders on 22 September. He plans on telling them why he wants the company to phase out its coal-burning power stations by 2030 and replace them with 100 per cent renewable energy.

AGL’s chairman, Peter Botten, wrote in a notice of the company’s AGM that shareholders are recommended to vote against Sharif’s nomination, however, Sharif isn’t too concerned.

“As part of the campaign I reached out to shareholders to build a rapport,” he says. “And more than a couple of shareholders have been in touch with me to say that they’re supporting the campaign and voting in favour of my nomination.”

ProBono News caught up with Sharif as he prepared to address both his supporters and his opponents, and asked him how he got involved with the campaign, what he hopes to achieve and how optimistic he is that shareholder activism is the way to drive change.

When did you first start getting involved with climate activism?

It was when I came across the original School Strike 4 Climate, back in November 2018. It was a turning point for me as I saw that fighting for climate action was a real thing and that other young people were doing it. It helped me to see a pathway to fight for change. I was also really inspired by how empowered the young people speaking at protests were.

And so how did you go from there to this AGL/Greenpeace campaign?

After that original strike, I got involved in the School Strike 4 Climate Movement and in 2019 started organising strikes with them. I graduated high school at the end of last year, and since then have continued to educate myself on the climate crisis. Greenpeace, and organisations like Tipping Point, are always in contact with each other as well as in touch with School Strike 4 Climate regarding opportunities and any ideas [activists] have. Greenpeace reached out to see if any strikers wanted to get involved in taking on big corporate players. [I put my hand up] and we developed this campaign properly from there.

As part of the nomination process you’ll be speaking at the AGM, what are you planning to say?

A lot of the shareholders are parents of kids, my generation, and their investment [in AGL] is a way for them to create resources for their children to use in the future. And so I really want to talk to shareholders about that. I want to get them to recognise that supporting my nomination would be an act of supporting their children’s future as well as the future of all Australians.

How are you feeling about it?

I’m feeling quite confident and excited about this opportunity. I think it’ll be a great chance to really show AGL shareholders [that climate] is the defining issue of our generation, and people want to see change. I’m really lucky to have seen so much support for the campaign. Already, we’ve got over 11,000 people who’ve signed the petition, which means I’m going to be able to show AGL’s shareholders, and the board, just how many people want change and how important it is to all Australians.

Do you think that the future of making “big change” is an inside job for companies rather than people looking to influence from the outside?

I think it’s a mix of the two, because obviously we’ve seen time and time again that the people on the inside don’t [always] care about the future and sustainability, and we know that outside people don’t have as much of an influence as we might think.

We’re seeing that shareholder activism can work, for example with BHP, so we know that there is a precedent for that.

When it comes to driving change from the outside you only need to look at the School Strike 4 Climate movement, which speaks directly to replacing leadership. The theme for the next campaign is around the youth rising up and voting politicians out. To create any change we need to put pressure on from both the inside and the outside.

How optimistic are you feeling about the campaign’s success?

And what do you personally hope to achieve?

No matter where the actual nomination goes, I’m hoping to send a really powerful message to AGL shareholders, other big climate pollutants and the Australian government to say that climate change is a real and serious issue. We’ve sat around for too long waiting for them to change and now it’s time for us to force them to make that change. They should watch out.

I also hope this campaign will inspire other young people to take action. This pathway of taking on the big players directly is something quite new, and I’m lucky to be the first person in Australia to try this approach. There is also, of course, the success of the class action for climate and so I hope more young people are going to step up and do more things like this because I think it’s a great way to achieve real change.
www.probononews.com