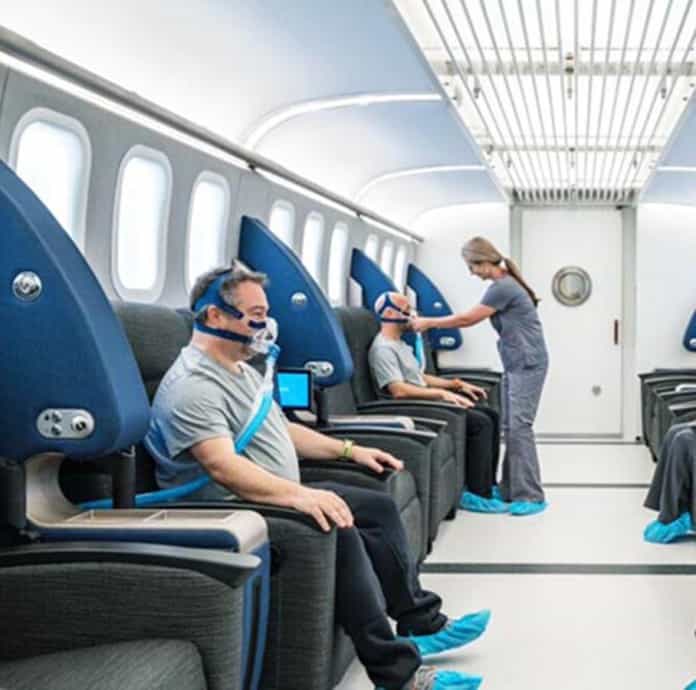 A team of investigators has succeeded in restoring brain trauma by hyperbaric oxygen therapy.This is the first time in the scientific world that non-drug therapy has been proven effective in preventing the core biological processes responsible for the development of Alzheimer’s disease.

The study from Tel Aviv University ospart of a comprehensive research program directed toward ageing and accompanying ailments as a reversible disease, holds promise for a new strategic approach to the prevention of Alzheimer’s by addressing not only the symptoms or targeting biomarkers, but rather the core pathology and biology responsible for the development of the disease.

Hyperbaric medicine is a form of therapy that requires patients to be kept in special chambers in which the atmospheric pressure is much higher than that normally experienced at sea level.

Hyperbaric medicine is considered safe and already serves to treat an extensive list of medical conditions.

In recent years, scientific evidence has indicated that unique protocols of hyperbaric therapy are capable of inducing repair of damage brain tissue and renewed growth of blood vessels and nerve cells in the brain.

The first stage of the study, published in Aging journal, was carried out on an animal model, in the course of which it was proven conclusively through examination of brain tissues that a certain therapeutic protocol brings about an improvement in vascular function and the creation of new blood vessels.

It also prevents the deposit of new amyloid plaques on the brain cells and even leads to the removal of existing amyloid plaque deposits. Amyloids are non-soluble proteins. Deposits of such proteins in the brain are connected with severe degenerative conditions such as Alzheimer’s disease.

At the next stage, the effects of the treatment were examined for people above the age of 65 experiencing cognitive decline, with an emphasis on memory loss, a stage preceding Alzheimer’s and dementia.The therapy included a series of 60 session of HBOT unique in pressure chambers over a period of 90 days.

The effects on the brain were evaluated by high resolution perfusion MRI. The hyperbaric treatment protocol gave rise to: increased blood flow in the range of 16%-23%; significant improved in memory by 16.5% on average, significant improvement in attention and information processing speed.

Dr.RonitShapira said, “The combination of an animal model from which we could learn the pathology of the disease, together with existing and available therapy, raises the hope that we will now be able to fight one of the greatest challenges to the western world.

“According to our findings, hyperbaric therapy given at a young age is likely to prevent this severe disease entirely.”
www.goodnewsnetwork.com