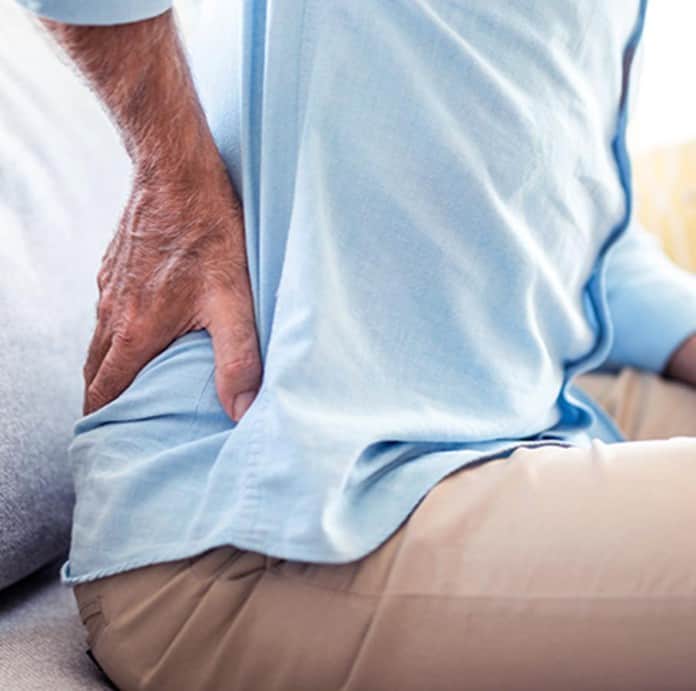 Rethinking what causes pain and how great of a threat it is can provide chronic pain patients with lasting relief and alter brain networks associated with pain processing, according to new research.The premise is that by thinking about the pain as safe rather than threatening, patients can alter the brain networks reinforcing the pain and neutralise it

The study, published in JAMA Psychiatry, found that two-thirds of chronic back pain patients who underwent a four-week psychological treatment called Pain Reprocessing Therapy (PRT) were pain-free or nearly pain-free post-treatment, and most maintained relief for one year.

The findings provide some of the strongest evidence yet that a psychological treatment can provide potent and durable relief for chronic pain.

“For a long time we have thought that chronic pain is due primarily to problems in the body, and most treatments to-date have targeted that,” said lead author Yoni Ashar, who conducted the study while earning his PhD in the Department of Psychology and Neuroscience at CU Boulder. “This treatment is based on the premise that the brain can generate pain in the absence of injury or after an injury has healed, and that people can unlearn that pain.”

Approximately 85% of people with chronic back pain have what is known as “primary pain,” meaning tests are unable to identify a clear bodily source, such as tissue damage.

Misfiring neural pathways are at least partially to blame: Different brain regions, including those associated with reward and fear, activate more during episodes of chronic pain than acute pain studies show. And among chronic pain patients, certain neural networks are sensitised to overreact to even mild stimuli.

If pain is a warning signal that something is wrong with the body, primary chronic pain, Ashar said, is “like a false alarm stuck in the ‘on’ position, and PRT seeks to turn off the alarm.”

“The idea is that by thinking about the pain as safe rather than threatening, patients can alter the brain networks reinforcing the pain, and neutralise it,” said Ashar, now a postdoctoral researcher at Weill Cornell Medicine.

For the randomised controlled trial, Ashar and senior author Tor Wager, now the Diana L. Taylor Distinguished Professor in Neuroscience at Dartmouth College, recruited 151 men and women who had back pain for at least six months at an intensity of at least four on a scale of zero to 10.

Those in the treatment group completed an assessment followed by eight one-hour sessions of PRT, a technique developed by Los Angeles-based pain psychologist Alan Gordon. The goal: To educate the patient about the role of the brain in generating chronic pain; to help them reappraise their pain as they engage in movements they’d been afraid to do; and to help them address emotions that may exacerbate their pain.

Pain Is Not ‘All In Your Head’

“This isn’t suggesting that your pain is not real or that it’s ‘all in your head’,” stressed Wager, noting that changes to neural pathways in the brain can linger long after an injury is gone, reinforced by such associations. “What it means is that if the causes are in the brain, the solutions may be there too.”

Before and after treatment, participants underwent functional magnetic resonance imaging (fMRI) scans to measure how their brains reacted to a mild pain stimulus.

“The magnitude and durability of pain reductions we saw are very rarely observed in chronic pain treatment trials,” Ashar said, noting that opioids have yielded only moderate and short-term relief in many trials.

And when people in the PRT group were exposed to pain in the scanner post-treatment, brain regions associated with pain processing – including the anterior insula and anterior midcingulate,had quieted significantly.

The authors stress that the treatment is not intended for “secondary pain” – that rooted in acute injury or disease.

The study focused specifically on PRT for chronic back pain, so future, larger studies are needed to determine if it would yield similar results for other types of chronic pain.

Meanwhile, other similar brain-centred techniques are already emerging among physical therapists and other clinicians who treat pain.

“This study suggests a fundamentally new way to think about both the causes of chronic back pain for many people and the tools that are available to treat that pain,” said co-author SonaDimidjian, professor of psychology and neuroscience and director of the Renee Crown Wellness Institute at CU Boulder. “It provides a potentially powerful option for people who want to live free or nearly free of pain.”
www.neurosciencenews.com