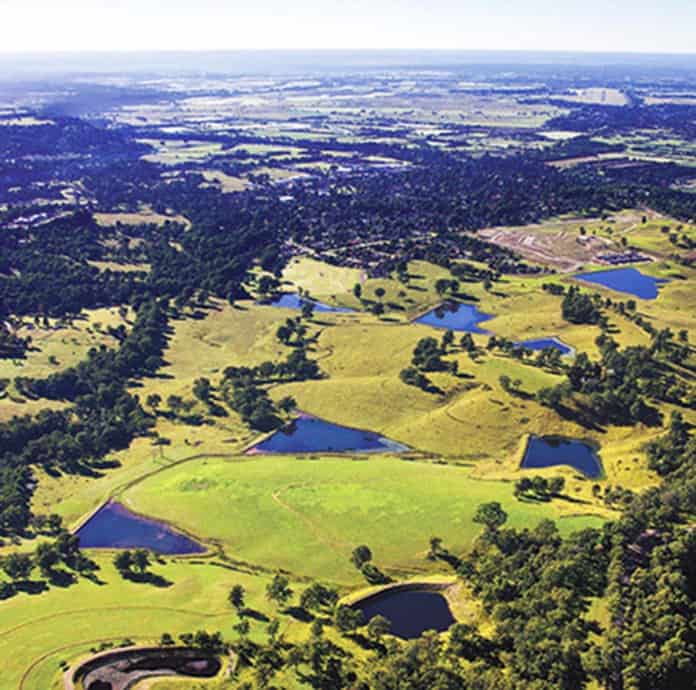 Cities and their hinterlands must build resilience to survive climate stress.

From 900 to 1500CE, Khmer cities in mainland Southeast Asia (including Angkor) and Maya cities in Mesoamerica collapsed, coinciding with periods of intense climate variability. While the ceremonial and administrative urban cores of many cities were abandoned, the surrounding communities may have endured because of long-term investment in resilient landscapes.

“They created extensive landscapes of terraced and bunded (embanked to control water flow) agricultural fields that acted as massive sinks for water, sediment and nutrients,” said lead author Associate Professor Daniel Penny, from the University of Sydney School of Geosciences. “This long-term investment in soil fertility and the capture and storage of water resources may have allowed some communities to persist long after the urban cores had been abandoned.” He and his colleague at the University of Texas at Austin, Professor Timothy Beach, came to this conclusion via a review of relevant archaeological and environmental information from Southeast Asia and Mesoamerica.

At the ancient city of Angkor in modern Cambodia, for example, the administrative and ceremonial core was progressively abandoned over several decades, culminating in a series of catastrophic droughts in the 14th and 15th century, but the surrounding agricultural landscapes may have persisted through these episodes of climatic stress.

Published in the Proceedings of the National Academy of Sciences, their study provides a rough roadmap for resilience in the face of climate change.

These historical cases of urban collapse emphasise that long-term and large-scale investment in landscape resilience, such as improving water storage and retention, improving soil fertility, and securing biodiversity, can better enable both urban and rural communities to tolerate periods of climatic stress. The Intergovernmental Panel on Climate Change believes this will become more frequent and more intense in many parts of the world over the coming century.

“We often think of these historic events as disasters, but they also have much to teach us about persistence, resilience and continuity in the face of climate variability,” said Associate Professor Penny.
www.sciencedaily.com