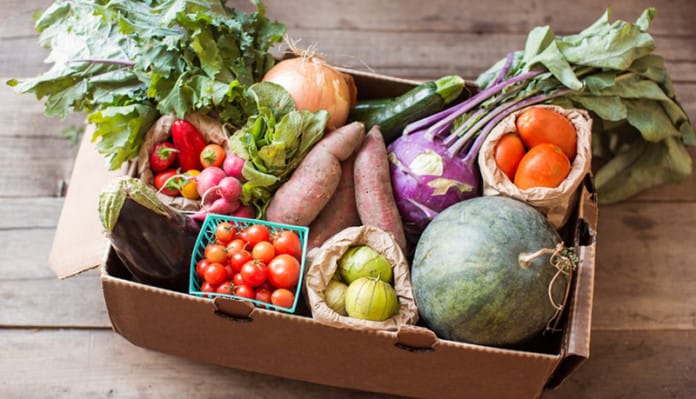 The study was carried out with higher degree students during an agricultural field course in Crete, Greece and lasted five weeks.

Before and after the intervention period all participants consumed their self-selected habitual Western diets, which according to their food diaries were low in fruit, vegetables and wine consumption and consisted entirely of conventional foods.

The study’s main findings, published in The American Journal for Clinical Nutrition, were that:

Professor Chris Seal (PhD), at Newcastle University said: “This study provides clear evidence that both our diet and the way we produce food may affect the level of exposure to synthetic chemical pesticides and ultimately our health.”

Many of the synthetic pesticides detected in both food and urine samples in this study are confirmed or suspected endocrine disrupting chemicals (EDC). The 10 times higher pesticide exposure from conventional foods may therefore provide a mechanistic explanation for the lower incidence of overweight/obesity, metabolic syndrome and cancer associated with high levels of organic food consumption in epidemiological/cohort studies.”

Prof Per Ole Iversen (MD), at the University of Oslo, said:
“There is growing evidence from observational studies that the health benefits of increasing fruit, vegetables and wholegrain consumption are partially diminished by the higher pesticide exposure associated with these foods. Our study demonstrates that consumption of organic foods allows consumers to change to a healthier diet, without an increased intake of pesticides.”

“One of the difficulties of assessing the public health impacts of dietary exposure to pesticides is that once pesticides are widely used in food production everybody gets exposed. This study demonstrated the potential of using organic food consumers as a ‘low pesticide exposure control group’ to investigate the effect of currently used and newly released pesticides on public health.”

The authors of this study welcome the continued public and scientific debate on this important subject. The entire database generated and used for analyses will be available upon request for the benefit of other experts and interested members of the public.