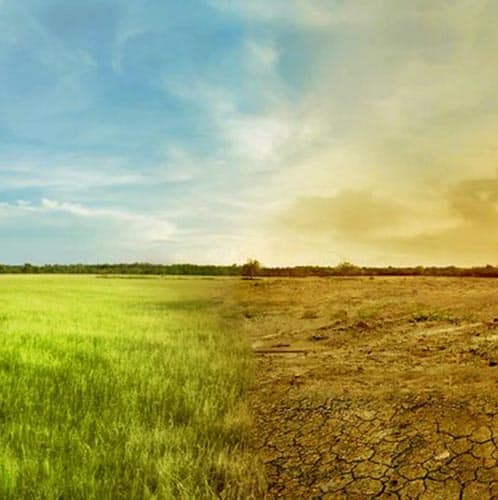 A new study from the Wildlife Conservation Society (WCS) and multiple partners that modelled changes in the world’s 45 different “life zones” from climate change has revealed that climate impacts may soon triple over these areas if the earth continues “business-as-usual” emissions.

The study revealed that the world’s life zones have already changed from the early 1900s until present day across all biomes, most notably in Boreal Forests, Temperate Coniferous Forests, and Tropical Coniferous Forests. This includes impacts to 27 million square kilometres (10.4 million square miles) or 18.3 percent of earth’s land. Boundaries between life zones have shifted towards the poles and higher elevations, leading to expansions of zones associated with equatorial climates and contractions of zones associated with temperate climates.

Anticipated future changes are expected to accelerate rapidly, particularly if the world does not act on reducing emissions. This includes potential impacts to an additional potential 62 million square kilometres (24 million square miles) or 42.6 percent of earth’s land under ‘business-as-usual’.

Boreal and polar latitudes are projected to experience substantial losses of area, although their vast extent will help compensate for some of these expected losses.

Dr. Paul Elsen, WCS Climate Adaptation Scientist and lead author of the study says “The likely future changes in the world’s life zones is likely to have a substantial impact on people’s livelihoods and biodiversity. Large areas of the world are getting hotter and drier and this is already impacting the earth’s life zones.”

Dr. Hedley Grantham, WCS Director of Conservation Planning and co-author of the study said: “COP26 (the 26th United Nations Climate Change conference being held in Glasgow, Scotland and the United Kingdom from 31 October to 12 November 2021) is our best chance of countries committing to reducing emissions and putting us on a better future pathway for climate change and its impacts.”