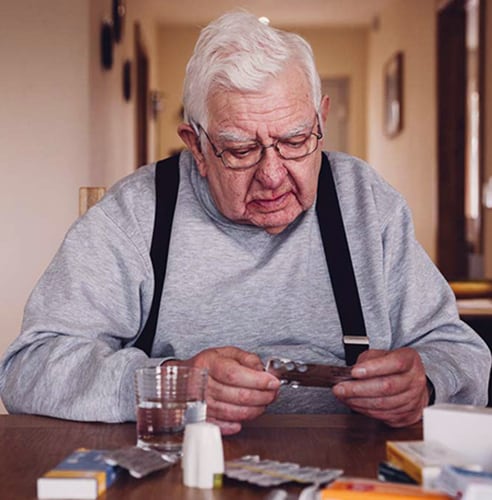 “Many of us think drug misuse is a problem of the young. However, older adults are experiencing an explosion in fatal opioid overdoses,” said Maryann Mason, an associate professor of emergency medicine at Northwestern University Feinberg School of Medicine in the U.S.

“Many are Baby Boomers who, in their youth, were using recreational drugs and, unlike in previous generations, they’ve continued using into their older age,” said senior author Lori Post, the Buehler Professor of Geriatric Medicine and professor of emergency medicine and medical social sciences at Feinberg. “That sort of flies in the face of our stereotypes of the ‘older adult.’ We don’t think of them as recreational drug users, but it’s a growing problem.”

Post said ageism is one of the contributing factors for the increase in fatal opioid overdoses among older adults, explaining that doctors often don’t screen for drug misuse during appointments with older people because “it doesn’t fit the stereotype of what it means to be old.”

We don’t think of them seriously. Not as potential victims of domestic abuse, physical or sexual assault or drug addiction. That needs to change.”

The study suggested contributing factors that could include social isolation and depression; exposure to medically prescribed opioids for chronic conditions such as arthritis and cancer which increase with age; and declining cognitive function that may interfere with taking opioids as prescribed.

In addition, the body’s ability to metabolise opioids decreases with age, meaning people are more vulnerable to overdose.

“We need to inform the services that cater to older adults, such as meal-delivery or housekeeping services, about these potential issues and how to recognise the signs of drug misuse, like confusion, falls and asking for medication too often or off-cycle,” Post said.