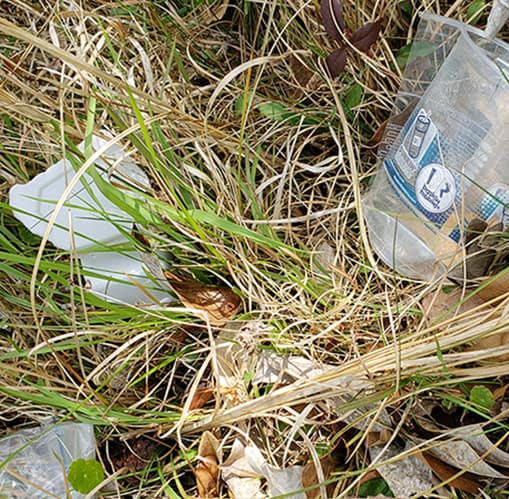 New research reveals that items in litter typically originate less than two miles from where they’re found – and unless humans remove them, most of these items will never leave the environment.

For the study, researchers from the University of California, Riverside spent a month collecting trash from seven sites across the Inland Empire. They examined its composition, discerned the manufacturers of many items, and thanks to receipts, were also able to determine where the items were purchased.

Most trash items end up on streets only a short distance from where someone bought them. In other words, the majority of litter comes from local sources. This finding could help cities prevent plastic litter that will eventually taint water and air.

“A lot of people say, ‘it’s not my trash,'” said Win Cowger, a UCR environmental scientist and first author on the study. “I want to dispel that notion with the evidence we have, at least here in the Inland Empire.”

Some people have theorised that wind, water or other factors are responsible for moving litter through urban areas. This study, published in the journal Environmental Research, was the first of its kind to study local litter in such close detail and identified that humans were the primary means by which it moves from sellers to streets.

To reach these conclusions, 18 undergraduate and graduate students trained in data collection surveyed up to 3,280 feet of roadside several times a week in Riverside, Moreno Valley, Loma Linda, San Dimas and Palm Desert.

Nearly 60 percent of the materials they found were plastic. Most were food-related, followed by tobacco products.

Because people are responsible for the flow of items from stores onto streets, it can be tempting to blame bad behaviour for litter. However, the researchers feel individuals, policy makers, and manufacturers must all work together to solve the problem.

“There has been a lot of emphasis on individual human behaviour as the way to decrease rates of littering,” said Andrew Gray, a UCR environmental scientist and study author.

“In reality, it’s just as easy or even more accurate to say that if we didn’t produce the stuff in the first place, it wouldn’t get into the environment.”

On the local level, the researchers conclude that cities have a variety of tools to address the issue. These could include bans on items that frequently end up outside, or an increase in the frequency of street sweeping.

Bans and other preventative measures are suggested because the study also determined that cleaning up litter does not prevent it from reoccurring. Every time researchers came to survey, they also cleaned the sites up, only to find a similar volume of trash when they returned.

“There’s a broken window theory some people subscribe to, that trash begets trash. However, we find even if you keep a place clean the accumulation is really consistent so other actions to prevent litter in the first place are needed,” Cowger said.

Cowger is working on a universal index of trash survey terminology to help connect this study with others like it.

One of the issues with connecting similar trash data sets is the difference in language used to describe garbage. For example, ‘sachet’ is the term East Asian countries use for what Americans refer to as wrappers – an item frequently represented in litter piles. Cowger’s index would help unify the terms, so the worldwide causes and impacts of litter could be better understood.

Action on this issue is of critical importance. Plastic can release harmful chemicals into the surrounding soil, which can make their way into ground water and surface water. While larger plastics harm animals and decrease the aesthetic appeal of the built and natural environment, microplastics also shed from larger items as they break down.

These are emerging contaminants of concern with a wide range of potential adverse effects on human health.

“There’s a more systematic approach we need to take as humans to decide what gets produced, because eventually, it all gets into the environment,” Gray said.