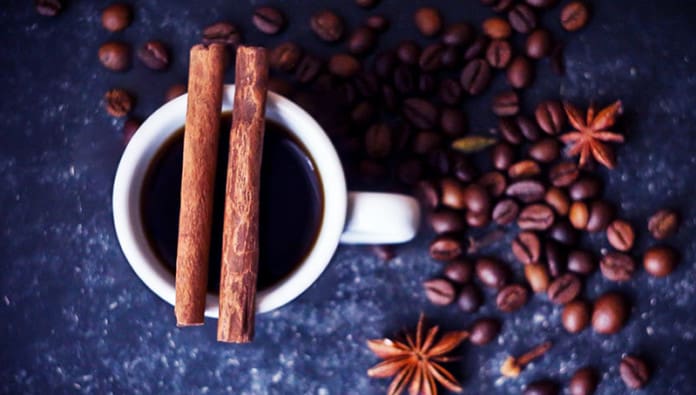 Lack of energy, and stomach bloat may all be caused by the same underlying issue. In many cases, that issue lies in the gut microbiome.

Knowing that gut health is important is one thing, but actually understanding how to maintain it is essential. To give us some inspiration, gastroenterologist Will Bulsiewicz, M.D., MSCI, shares the four things he does every morning to promote his own gut (and overall) health.

“Something that’s become a big game-changer for me is starting the morning off with two large glasses of water,” Bulsiewicz says. “I have not given up coffee. I will not give up coffee. I’ve just found that my body responds better when I reach for water first.”

Think about it. Urologist Vannita Simma-Chiang, M.D. says about 11 hours will have passed overnight without any source of hydration.

“Your body needs that water to start working properly,” Bulsiewicz says. “My brain, my gut, and my kidneys all seem to function better when I start with water instead of coffee.”

STEP 2: DRINK (AND ENHANCE) A CUP OF COFFEE

After he drinks 12-ounce cups of water, Bulsiewicz then moves on to coffee – and not just any boring old brew.

“I’m all for flavouring,” he says. “I think coffee can be a vehicle for good, so what I’ll often do is add to my coffee, depending on my mood.” That said, when coffee is filled with milk or sugar-laden flavour enhancers, it can wreak havoc on the gut. Instead, he adds natural spices or adaptogens such as:

“Like every other part of our body, the gut needs time to rest,” Bulsiewicz explains. Which is why he follows an intermittent fasting plan. Well, for the majority of the week, at least.

“I don’t think we need to have rigid requirements for the 16:8 fast; you can just do it on the days when it feels right,” Bulsiewicz says.

“One of the secrets to making it a bowl is freezing the bananas, which turns it into a sort of nice cream,” he explains. He’ll then top the bowl with more fresh fruit, hemp seeds, walnuts, or granola.

OK, so this one may not benefit the gut, per se, but it is a new trick Bulsiewicz is trying each morning. “For me, the way that I feel [after jumping in cold water] is distinctly different. I feel like it turns on my brain and shocks my body into being awake and alert,” he says. Once he’s in the pool, he’ll swim around for about 30 seconds before getting out.

“I’m becoming increasingly interested in how we can use temperature to affect the way that our body works, whether it be heat or cold,” he explains. “I think there’s a lot of interesting science that’s starting to come out about the benefits on both sides.”

No pool? No worries. A cold shower can probably do the trick.

Committing to healthy habits, like an established morning routine, is the first step toward overall health. “At the end of the day, diet and lifestyle are what’s going to drive the health of your gut,” he says. Adding in daily probiotic supplements may be the next step. But just keep in mind: “You can’t out-supplement your diet,” Bulsiewicz says. “A supplement should be, as the word describes it, a supplement.” In other words, a good probiotic can be a fantastic way to introduce good bacteria to the gut, but it should always be a part of an overall healthy lifestyle.