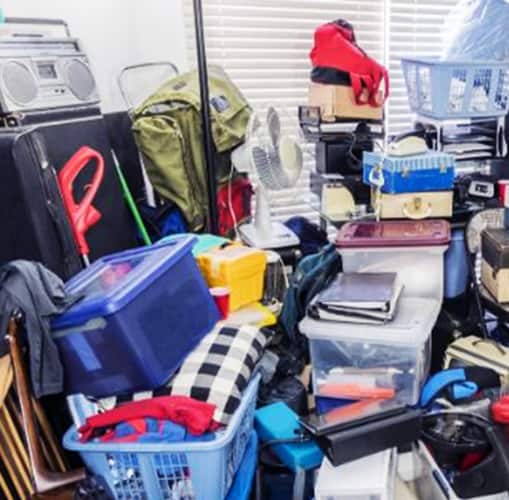 Recently I was surprised by a conversation I heard on a train. A woman was reading a celebrity magazine, which had a feature on the beautiful home of a TV soap star. This TV celebrity had recently spoken publicly about suffering from depression, and the magazine reader found this difficult to understand. “I just don’t get it,” she remarked to her friend. “How can you get depressed if you live in a house like this? If I lived in a place like that, I’d never be unhappy for a moment in my life, ever!”

Many people share the assumption that material wealth and possessions bring happiness. This is why so many lottery tickets are sold each week. But decades of research have shown little connection between wealth and wellbeing. Life satisfaction in the United States has remained at the same level for half a century, even though GDP (gross domestic product) has tripled.

Many countries with the highest levels of wellbeing – such as several Latin American countries – have a comparatively low level of material wealth. Research has even shown that winning the lottery can be a poisoned chalice, leading to inauthentic relationships, social pressure to spend, and drug and alcohol misuse.

People with the strongest materialist ethos tend to have lower levels of wellbeing.

In contrast, people who live a life of voluntary simplicity with a minimum of possessions have a higher level. Buying goods may provide a quick fix of happiness, but this fades almost as soon as it arises and creates a desire to buy more. Like drug addiction, material happiness is subject to the law of diminishing returns.

Certainly, money can lead to greater wellbeing if your basic needs aren’t satisfied and you’re continually worrying about your financial situation. But beyond a certain point, it makes little or no difference. I sometimes compare the materialist pursuit of happiness to eating when you’re already full. You can eat as much as you like, but it doesn’t satisfy you. In fact, it just makes you feel bloated and sick.

The Myth of Wanting

It’s also important to point out that there’s nothing natural about accumulating possessions. Economists and politicians often suggest that it’s a human instinct to want to buy and own things, and to want more and more. But if you look at the history of our species, this doesn’t make sense.

For 95 percent of the time the human race has lived on the planet, we lived as hunter-gatherers. We were semi-nomadic, usually staying on a site for a few months before moving on. So it wouldn’t make any sense to accumulate possessions. They would have been a burden. So people lived lightly.

Indeed, contemporary hunter-gatherers who live the same way as our ancestors are not acquisitive. They don’t even have concepts of personal ownership. Objects are just utilitarian, used by the whole group.

So if anything, after tens of thousands of years of that non-materialistic lifestyle, it’s not natural for us to lust after possessions. If anything, the opposite is the case. I think that’s why it feels so great to declutter, to let go of possessions. It feels so right because we’re not meant to be burdened by possessions.

I once interviewed a man who was moving from Manchester to London. He packed all his belongings in a van and popped back upstairs for a farewell cup of tea with his flatmates. While he was upstairs, the van was stolen. At first, as you would expect, he was devastated. He could barely speak for the next couple of hours. But he was filled with a strange sense of relief and release when he went to bed that night. He felt liberated, as if he had let go of a massive burden. He realised he didn’t need the hundreds of books, old magazines, CDs, and computer games he had accumulated. He realised he had collected too many clothes, ornaments, and plates. From then on, he lived a much simpler lifestyle, with a bare minimum of possessions.

Possessions can be a burden. They consume our energy and attention. We give ourselves away to them. So when we free ourselves of them, we feel liberated. We feel like we’ve regained and reconnected with our authentic selves.

The idea that wealth brings wellbeing also stops us from focusing on the real sources of happiness, such as flow, contact with nature, relationships, and inner harmony. These are much more reliable and productive sources of wellbeing. They offer stable and authentic wellbeing, whereas materialism only offers short bursts of pleasure, which fade quickly.

Another point is that we have to end our obsession with possessions for the environment’s sake. Possessions are produced using natural resources and create waste and pollution. The desire to own and accumulate possessions is fuelling our ecological destruction. Sooner or later, we will have to shift to a simpler lifestyle, whether we like it or not.