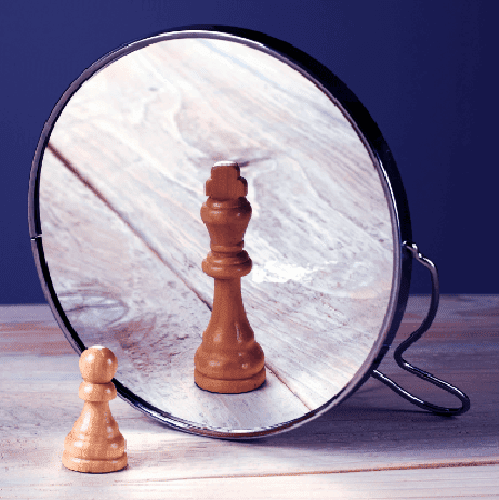 The authors of the new study, published in Neurology, say that older adults who engage in self-reflection may also have a reduced risk of dementia.

Lead author, Ph.D. student Harriet Demnitz-King (UCL Psychiatry), says that “there is a growing body of evidence finding that positive psychological factors, such as purpose in life and conscientiousness, may reduce the risk of dementia.

Finding further ways to reduce the risk of dementia is an urgent priority, so we hope that as self-reflection capabilities can be improved upon, it could be a useful tool in helping people to stay cognitively healthy as they age.”

“Anyone can engage in self-reflection and potentially increase how much they self-reflect, as it is not dependent on physical health or socioeconomic factors.”

The study used cross-sectional data (rather than reporting results of the trial interventions) from two clinical trials, Age-Well and SCD-Well, that included a total of 259 participants with mean ages of 69 and 73. They answered questions about reflective pondering, measuring how often they think about and try to understand their thoughts and feelings.

The researchers found that people who engaged more in self-reflection had better cognition and improved glucose metabolism as shown by brain imaging. The researchers did not find any association with amyloid deposition, the build-up of harmful brain proteins linked to Alzheimer’s disease.

Previous research has shown that self-reflection capabilities can be improved with a recently tested psychological intervention, and the researchers say that such a program might be useful for people at risk of dementia.

Harriet Demnitz-King explained that “other studies have found that a self-reflective thinking style leads to a more adaptive stress response, with evidence even showing improvements in inflammatory responses to stress and better cardiovascular health, so this may be how self-reflection could improve our resilience against cognitive decline.”

They caution that while their findings suggest that engagement in self-reflection helps to preserve cognition, they cannot rule out that it might instead be that people with better cognition are also better able to self-reflect, and suggest that more, longitudinal research is needed to determine the direction of causation.

Senior author Dr. Natalie Marchant (UCL Psychiatry) says that “with no disease-modifying treatments yet available, it is important that we find ways to prevent dementia; by finding out which factors make dementia or cognitive decline more or less likely, we may be able to develop ways to target these factors and reduce dementia risk.”

“Self-reflection has also been associated with other benefits, such as recovery from depression and better cardiovascular health, so even if we cannot confirm exactly how it might impact cognitive decline, there is other evidence showing its overall benefits.”

Previous studies by Dr. Marchant have found that repetitive negative thinking may increase the risk of Alzheimer’s disease, while mindfulness may help to improve cognition in older adults.

Dr. Richard Oakley, Associate Director of Research at Alzheimer’s Society, commented that “in this study researchers showed for the first time that self-reflection – reflecting on your own thoughts, feelings and behaviour – was linked to better brain function in areas of the brain known to be affected by dementia.”

“While more research is needed to fully understand the implications of this finding, if self-reflection does seem to have a positive effect on brain function, there’s a chance one day we could reduce the risk of dementia with psychological treatments that help people build healthy thought patterns.”