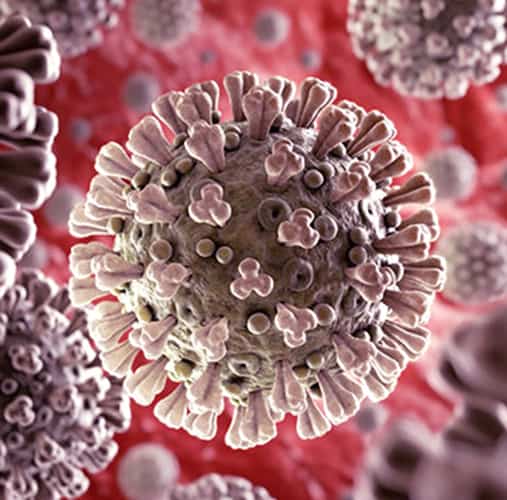 Wild animals sold on the southwestern side of the Huanan Seafood Wholesale Market in Wuhan were the most likely source of the COVID-19 outbreak, a team of 18 international scientists claim. While there’s still no ‘smoking gun’, it seems there is a mountain of circumstantial evidence that would be very statistically unlikely to exist without the Wuhan markets at the epicentre of the outbreak.

According to a 2021 World Health Organisation (WHO) mission report, a total of 174 people caught SARS-CoV-2 in the very early days of the outbreak in December 2019. Locations of where 155 of those people lived and worked were able to be extracted from the report.

In their study published in Science, the international team of researchers found that the majority of these 155 people lived near the west bank of the Yangtze River, where the Wuhan markets are located. There was a high density of cases surrounding the market.

When comparing the infected group to the general population of the same age living in Wuhan, the researchers found that infected people lived significantly closer to the Wuhan market than one would expect from random chance alone.

Around 66 percent of people hospitalised with COVID-19 before January 2020 had direct exposure to the Wuhan markets.

If the markets were the source of infection, one might expect people living close by to be at greater risk than those living further out in the city. Those living far away would be more likely to catch COVID-19 only if they happened to visit the markets or worked there, and that’s exactly what the data suggest.

“The observation that a substantial proportion of early cases had no known epidemiological link had previously been used as an argument against a Huanan market epicentre of the pandemic,” the researchers say.

“However, this group of cases resided significantly closer to the market than those who worked there, indicating that they had been exposed to the virus at, or near, the Huanan market.”

The Wuhan market had a range of live exotic animals on sale around the time of the first COVID-19 cases in humans.

While none of the animals were tested for SARS-CoV-2 at the time, the Chinese authorities did take 585 environmental samples from surfaces in the market in January 2020.

The international research team mapped out exactly where in the Wuhan market the positive SARS-CoV-2 samples were taken and overlaid that with the locations where people were infected.

Their spatial analysis found that positive surface samples concentrated in the southwest corner of the market, the same area where vendors were selling live mammals that can carry coronaviruses, including raccoon dogs, hog badgers, and red foxes.

“Five of the SARS-CoV-2-positive environmental samples were taken from a single stall selling live mammals in late 2019,” the researchers say.

“All eight COVID-19 cases detected prior to 20 December were from the western side of the market, where mammal species were also sold.”

Positive samples were taken from cages, carts, and freezers that were associated with the live mammal trade.

“These are the most compelling and most detailed studies of what happened in Wuhan in the earliest stages of what would become the COVID-19 pandemic,” says Stephen Goldstein, a geneticist at the University of Utah and co-author of the study.

“We have convincingly shown that the wild animal sales at the Huanan Market in Wuhan are implicated in the first human cases of the disease.”

With 572 million SARS-CoV-2 infections worldwide and over six million deaths, there’s a strong desire by governments to pinpoint exactly how the virus first took hold.

The WHO has conducted investigations in China over the past few years, but its results have been inconclusive due to a lack of data.

The leading hypothesis, accepted by most scientists, is that SARS-CoV-2 was introduced to humans by wild animals sold at the Huanan Seafood Wholesale Market in December 2019.

But another theory – that the virus accidentally escaped from the Wuhan Institute of Virology that had been studying bat coronaviruses – has percolated away online, leading President Joe Biden to commission a report on the origins of COVID-19 by the National Intelligence Council.

The report, released in October last year, found that COVID-19 was not developed as a biological weapon and was probably not genetically engineered.

This study was published in Science.