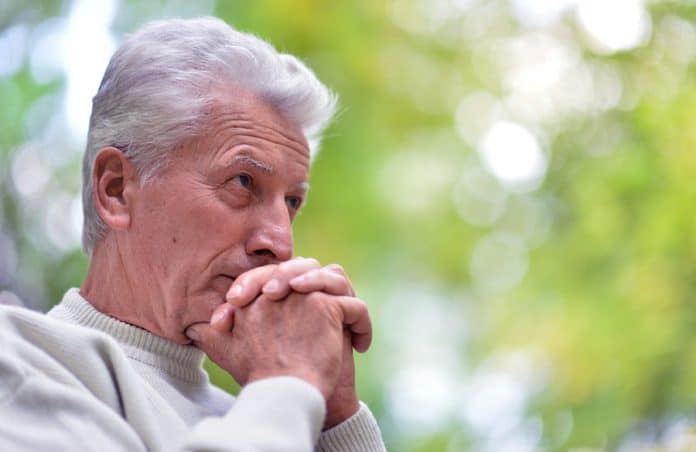 In a survey of 20,000 U.S. adults, 46 percent said they sometimes or always feel alone. While on the surface this may seem to be a mental health issue, it’s one that’s intricately tied to physical health as well. Increasingly, research is showing that loneliness exacts a significant toll on your health, one that’s equivalent to smoking 15 cigarettes a day and increases your risk of premature death

Your brain health may also suffer as a result of feeling lonely, with a recent study (including the largest sample to date) showing loneliness is associated with an increased risk of dementia. While this association has been revealed previously, the latest study is unique in that it included a diverse sample of more than 12,000 individuals with a long 10-year follow-up time.

The results showed that feeling lonely is a strong predictor of dementia, and one modifiable risk factor that can potentially be improved to reduce dementia risk.

Loneliness Is Associated With a 40 Percent Increased Dementia Risk

For the study, researchers from Florida State University (FSU) used data from a sample of people aged 50 and older. Telephone interviews were conducted measuring loneliness and social isolation and participants also completed assessments of cognitive ability every two years during the 10-year study.

Loneliness was associated with a 40 percent increased risk of dementia over the study period, and the link was independent of other risk factors including gender, education, race, ethnicity and even social isolation. Social isolation is an important distinction, as it is an objective measure that refers to the number of contacts a person has socially.

Only people who felt lonely had an increased dementia risk. They were also more likely to have other dementia risk factors, including depression, high blood pressure, diabetes and a history of smoking and less physical activity. However, the loneliness/dementia link remained even when these factors were accounted for. Study author Angelina Sutin, an associate professor at FSU in the college’s department of behavioural sciences and social medicine, explained the difference between loneliness and social isolation, and how it’s not always readily apparent who’s lonely and who’s not:

“It’s a feeling that you do not fit in or do not belong with the people around you … You can have somebody who lives alone, who doesn’t have very much contact with people, but has enough — and that fulfills their internal need for socialising. So even though objectively you might think that person is socially isolated, they don’t feel lonely.

The flip side is that you can be around a lot of people and be socially engaged and interactive and still feel like you don’t belong. From the outside it looks like you have great social engagement, but the subjective feeling is that you’re not part of the group.”

Past Research Links Loneliness to Double the Risk of Alzheimer’s

In 2007, research published in the Archives of General Psychiatry also revealed that people who felt lonely had double the risk of developing Alzheimer’s disease compared to those who did not. Study author Robert S. Wilson, Ph. D., explained in a news release:

“Humans are very social creatures. We need healthy interactions with others to maintain our health … The results of our study suggest that people who are persistently lonely may be more vulnerable to the deleterious effects of age-related neuropathology … If loneliness is causing changes in the brain, it is quite possible that … changes in behaviour could lessen the effects of these negative emotions and reduce the risk of Alzheimer’s disease.”

Indeed, yet another study looking into the link between loneliness and dementia revealed that feeling lonely, but not necessarily being alone, is associated with an increased risk of dementia in later life.

The association was so strong that researchers concluded feelings of loneliness may be a prodromal stage of dementia and noted, “A better understanding of the background of feeling lonely may help us to identify vulnerable persons and develop interventions to improve outcome in older persons at risk of dementia.”

Feeling lonely may also encourage you to engage in unhealthy behaviours linked to dementia, including excessive drinking or not exercising. Further, if you’re lonely, you may not be engaging in social activities or challenging your mind, which can further affect your cognitive function.

Strong Social Networks With Friends Are Important for Health and Memory

While social isolation hasn’t been linked to dementia the way loneliness has in the featured study, strong social networks are still an important factor for your overall health. Further, different types of social networks, such as those involving friends, children or other relatives, may have different effects on your health.

In one study, it was revealed that having a large network of good friends may have significant benefits for your memory later in life, much more so than social networks with children, relatives or confidants.

The researchers suggested that friends may encourage healthy behaviour, such as physical activity, and that health advice from friends may be better received than that coming from family.

Further, strong friendships may be beneficial for other factors that influence brain health, including depression, self-efficacy, self-esteem, coping and morale, and a sense of personal control.

“It is possible that these effects are due to the reinforcement of social roles, or because interactions with friends can become increasingly discretionary with age. The friendship networks that are retained in late life may offer high levels of socio-emotional support, and thus confer benefit to individuals,” the researchers explained. As for why social networks benefit memory, specifically, the researchers noted:

An alternative possible mechanism is that the stronger social networks may serve to buffer against stress, through modifying its effects on the activation of the hypothalamic-pituitary-adrenal axis of the central nervous system.

This affects neuronal functioning, and in this way individuals with better social networks are protected from some of these neuroendocrine processes. Another possibility is that social networks facilitate access to health care, indirectly forestalling brain pathology and other disease processes that affect cognition.”

Dr. Kristen Fuller, a clinical mental health writer for the Center for Discovery, added several other reasons why healthy friendships are so good for you:

Loneliness and Social Isolation May Be Worse Than Smoking and Obesity

Two meta-analyses presented at the 2017 Annual Convention of the American Psychological Association even concluded loneliness and social isolation pose greater threats to public health than obesity, raising your risk for premature death by as much as 50%.

The first analysis, which looked at 148 studies involving more than 300,000 adults, found social isolation increased the risk of premature death by 50 percent.

The second, which evaluated 70 studies that included more than 3.4 million individuals, found social isolation, loneliness and living alone correlated with a 29 percent, 26 percent and 32 percent increased risk of mortality respectively.

This is comparable to the risk of premature death associated with obesity and other risk factors for mortality, including smoking. In fact, loneliness has been linked to a host of mental and physical health problems, including an increased risk of:

Lack of sleep has been identified as a public health crisis much like loneliness, and it turns out the two may be related. Research suggests loneliness may be tied to lack of sleep, as the more sleep deprived you are, the less social you become, and others pick up on the cue that you want to be left alone.

It’s a vicious cycle, as people who struggle with loneliness also tend to have trouble sleeping. For example, a 2011 study found that for each 1-point increase on the UCLA loneliness scale, an individual is 8 percent more likely to experience some sort of sleep disruption.

Researchers have suggested that sleep loss actually causes loneliness by instigating “a propagating, self-reinforcing cycle of social separation and withdrawal.” There are many causes of loneliness, however, above and beyond lack of sleep. Common reasons include:

With that in mind, if you’re feeling lonely, be sure to tend to your sleep hygiene habits for a better night’s rest. In addition, tend to the other underlying factors that may be contributing to your emotional state. The following strategies can help you to make meaningful connections with others in your community to help address feelings of loneliness and social isolation:

Simple Trick to Reduce Your Dementia Risk by 90 Percent

Addressing loneliness is an important strategy for reducing your dementia risk, but it’s not the only one. In addition to improving this facet of your emotional and physical health, you’ll also want to be sure you’re paying attention to your cardiovascular fitness.

In fact, researchers from the University of Gothenburg in Sweden revealed that women with the highest cardiovascular fitness had an 88 percent lower risk of dementia than those with moderate fitness.

Further, even maintaining average fitness is worthwhile, as women with the lowest fitness had a 41 percent greater risk of dementia than those of average fitness.

Fitness, in this case, is not the same as exercise, and the study did not measure how often the women exercised. Instead, it focused on cardiovascular fitness, as measured by a stepwise-increased maximal ergometer cycling test. Cardiovascular fitness can be a measure of how well blood is circulating to your heart and brain.

High-intensity interval training (HIIT) is an important component for reaching high levels of fitness, and it requires only a fraction of the time compared to typical moderate or low-intensity gym workouts.

The upside of using exercise as a tool to reduce your dementia risk is that it may also improve your sleep and mood, which in turn may make it easier to get motivated to build new connections and relationships, alleviating loneliness and slashing your dementia risk even more.