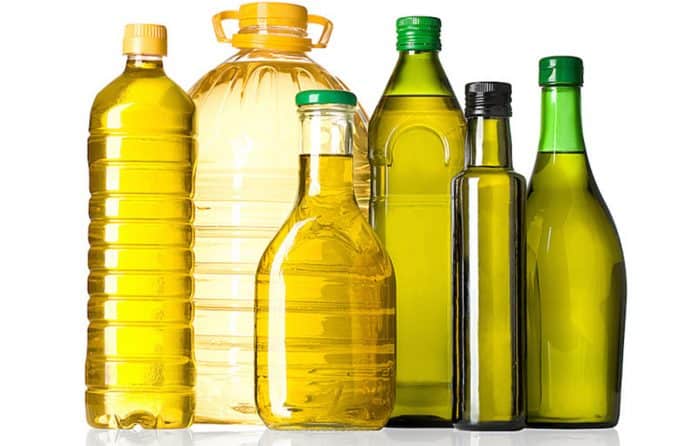 In the very short time since GMO foods were first introduced, they have tainted ecosystems, created financial strains for farmers, and introduced unnatural elements into the local, national, and global food supply.

GMOs pose a danger to all of us and the evidence is irrefutable. Environmentally, they have created superweeds that destroy farmland, and they have eliminated some organisms from ecosystems, leading to new superbugs to fill the void. Much talk also centres around the health considerations. Unfortunately, researchers who attempt to test the alleged safety of these GMOs – and have found them decidedly unsafe! – get shouted down by the rank-and-file industry yes men who are intent on protecting the empire. Despite this, the research has shown a dramatically higher risk of health problems from eating GMOs and research shown that toxic DNA from these plants may survive digestion. It’s even been found in the blood of pregnant women and their foetuses.

Unfortunately, until the laws change and ban these destructive products, the best protection is to avoid them. The following list outlines the 20 top GMO foods and ingredients you should absolutely avoid, to ensure the best possible health for you and your family.

According to the EPA, aspartame is a chemical that causes neurotoxicity. Keep in mind that that’s the United States Environmental Protection Agency — a government agency. Regardless, the FDA continues to rubber stamp its use.

Aspartame is made from aspartate, methanol, and phenylaline. Once ingested, the body breaks aspartame down into these constituent parts. Most notably, methanol is converted into formaldehyde. The US Department of Labour considers formaldehyde a toxic and hazardous substance that should not be ingested.

Recent research has demonstrated highly carcinogenic affects from aspartame consumption. Additional research could not dismiss aspartame’s role in leukaemia and non-Hodgkins lymphomas. Entire books have been written about the dangers of aspartame.

In the quest for healthy living, this toxic, lab-created chemical tops any list of foods and ingredients to avoid!

The agribusiness cartels have assured us for years of the safety of their products and the mainstream media have smiled and winked right alongside them. However, now, even MSN is reporting that GMO corn may be toxic. Several studies have shown that the regular dietary consumption of Bt-corn (maize), the GMO version of corn, leads to serious health problems and negatively effects the kidney and liver (the dietary detoxifying organs), as well as in the heart, adrenal glands, and spleen.

Eating organic corn may be one way to eliminate exposure to this dangerous GMO. As you will see below, corn appears in many more forms, making avoidance an exercise in awareness.

Of the nearly 130 million metric tons of sugar produced globally every year, sugar beets constitute nearly 35% of that sugar (the remaining amount coming from sugar cane). These sugar beet are used to produce sucrose.

Unfortunately, they struggle to survive competition from weeds. So a glyphosate (Roundup) version was created so farmers can dump Roundup on the fields to kill off the weeds without killing the sugar beet. Great idea .. and this is in addition to the glyphosate DNA that the plants are repeatedly coated with during their growing cycle.

The best way to avoid sugar beet is to avoid products containing sucrose (sugar), or any product that doesn’t specify sweeteners like organic agave or raw honey.

First, HFCS is made from corn, which is likely to be a GMO strain. It then goes through a process that converts corn into corn starch … which then is converted into corn syrup in a process involving bacterial enzymes and fungus. Finally, another bacterial enzyme is added to the process to produce fructose.

Mercury has been found in HFCS as a result of the manufacturing process. Does HFCS lead to health problems? Possibly, researchers from Princeton and Oxford have linked HFCS to weight gain and Type II diabetes.

Soy beans are perhaps one of the most prevalent GMO products in fields today. Soy has been associated with a wide range of health problems and GMO soy has been linked to pancreatic problems.

Soy lecithin isn’t even a choice soybean product, it’s a waste product from the processing of crude soy oil. It typically contains solvents and pesticides. Researchers have also found soy lecithin to contain allergens that have wide ranging health impacts.

As a rule, avoid soy unless it is organic and fermented (such as in miso or natto).

And make sure to avoid anything containing soy lecithin, the soy product constructed from the sludgy glop created during the creation of soy oil.

Corn starch is a highly processed corn product made from corn – genetically modified (GM) corn. It offers no nutritional value and carries all the dangers associated with GMO foods. It is used as an additive in many products and as a processed food, it creates digestive problems. The problems with corn starch have been known about since the 1970s. With the introduction of GMO corn, the problems have only increased.

When tested, genetically modified tomatoes have been found to have less antioxidant activity than their natural counterparts. As is the case with GMOs, the genetic modifications result in overall reduced nutritional value.

Most sausage contains corn syrup or corn syrup solids, in addition to the other preservatives. That’s right, the hot dog or Italian sausage you enjoy – even just once in a while – likely contains a GMO. If you choose to eat sausage of any type, avoid the pre-packaged kind. Your best bet is to purchase from a local butcher who specialises in locally grown, organic, free-range meats.

This delicious summer-time treat typically features a range of HFCS, corn syrup and corn starch, plus rGBH. Unless the brand you buy is organic or home-made from organic ingredients, each spoonful of ice cream likely contains plenty of genetically-modified DNA and bovine growth hormones.

Many vitamins, including top children’s vitamins, use ‘vegetable’ products as a base for the vitamin. Many of these ‘vegetables’ come from corn and soy products; many also contain aspartame and hydrogenate oils. Look for vitamins that are specifically organic or non-GMO.

Milk that contains rGBH and genetically modified soy consitute the foundation for most infant formulas, unless they specifically state they are organic. Research has found that infant diets including formulas that contain these GMOs contribute to chronic, long-term health conditions.

Beef feed may contain GMO alfalfa, corn and soy. When cows eat GMOs, they get into their system and become part of the meat. If you’re going to eat beef, only consume organic, grass-fed beef.

Why let nature do things naturally when Monsanto’s recombinant Bovine Growth Hormone (rGBH) can be injected right into cows to increase milk output. Never mind that hormones associated with rBGH have been found present in milk distributed for human consumption. Or that studies have also found milk from cows injected with rGBH contain reduced amounts of healthy fatty acids. Or that these cows are more likely to have mastitis, an udder infection that can lead to blood and pus in the milk. Yuck.

Although GMO alfalfa planting had been halted, as of this year, GM alfalfa returns to the fields. Alfalfa is the backbone of the dairy industry, both organic farmers and industry groups. So dairy, beef, and alfalfa will all be affected. As an insect pollinated plant, cross pollination of GMO plants and non-GMO plants will likely result.

Vegetable Oil typically comes from corn, soybean, cotton, or canola oils. All of these crops have been genetically modified to withstand being doused by Roundup. Unless the vegetable oil states it is organic, assume it may contain some degree GMOs.

Canola oil gets its own category due to its prevalent use. Aside from questions about an oil made from a plant toxic to human consumption, the rapeseed has been genetically altered. As of 2009, 90% of Canada’s rapeseed crop was ‘herbicide-tolerant’. When it comes to cooking oils, the best option is to find products specifically designated non-GMO.

These are another form of vegetable oil and contain all the GMO problems the vegetable oils contain. To avoid GMOs from margarine, organic butter may be an option.

This type of genetically modified papaya primarily affects those living on the west coast of the U.S. Its GMO attribute is that its a virus-resistant plant specific to Hawaii and the areas that import papaya from Hawaii. This plant contains DNA from the Ringspot virus, as do individuals who choose to eat it.

Many squash varieties have been genetically modified to fight off the diseases that can affect them. When it comes to squash, buy organic.

GMO flax has been grown (illegally, for what it’s worth) in Canada. The extent of Canadian contamination has not yet been determined. Reports also indicate that the GM flax has been exported around the world where contamination has occurred. Because of the environmental catastrophe of this rogue GM strain, identify the source of the flax used before you buy. Flax from Canada may be infected, as well as from many areas of the EU.

When it comes to avoiding GMOs, the best answer is to search for foods that have been labelled as non-GMO. If unsure, ask at the store or contact the manufacturer of the product. If you find out it may contain GMOs, let them know they’ve lost your business. Once GMOs become a marketing liability, then the industry itself will reject GMOs.