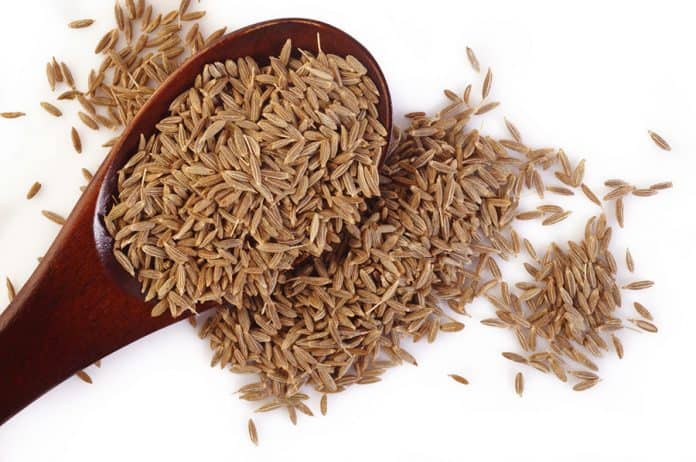 Traded along spice routes separating ancient cultures by vast distances, spices like cumin were once worth their weight in gold. Has modern science now revealed why, beyond their remarkable aesthetic value, they were so highly prized?

Many spices are perfectly happy living a charmed life as seasonings, peppering things generously with flavour, and without ever arousing the suspicion that they may be capable of profound acts of healing as well.Meet cumin, a member of the parsely familyfrom the central Mediterranean region (southern Italy, Algeria and Tunisia).

Cumin’s traditional use stretches back into prehistory, as evidenced by its presence in Egyptian tombs. The Greeks actually used it much like we use pepper today, keeping cumin on the dining table in its own container, which is still practised by Moroccans to this day.

It has also been used for millennia in India as a traditional ingredient of curry.

An accumulating body of research now indicates that these ancient culinary uses, once considered primarily aesthetic in nature, may have served more fundamental medicinal roles in these cultures. Modern scientific investigation has revealed that cumin has a broad range of potential healing properties that, when properly applied, could profoundly alleviate human suffering by providing natural alternatives to often highly toxic pharmaceutical interventions.

For instance, research published in the journal Food Chemistry and Toxicology demonstrated that cumin has blood sugar lowering properties comparable to the drug glibenclamide (known in the US as glyburide), with the additional benefit (not conferred by pharmaceutical intervention) that it also lowered oxidative stress and inhibited the advanced glycated end products (AGE), which are implicated in the pathogenesis of diabetic microvascular complications.

Remarkably, this is only the tip of cumin’s medicinal potential. There are at least 10 other potential medicinal properties of cumin now confirmed in the experimental literature:

It is only in the past two decades – but especially in the past ten years – that scientific research on spices and culinary herbs has virtually exploded.

However, while enlightening, we must remember that the approach is limited in a number of ways. For one, it relies on animal research, which is both inherently cruel (vivisection) and conveys only approximate data, as these substances often have very different effects in animals than humans.

Also, spices like cumin should not be considered in isolation, as traditional recipes passed down from generation-to-generation contained a vast storehouse of medically relevant information pertaining to the synergies inherent in combinations of ingredients, modes of preparation, seasonal harvesting, etc.

In other words, cumin does not lend itself well to the pharmacological, drug-based model of medicine, which presumes there are mono-chemical ‘magic bullets’ within complex herbs or spices that must be identified and isolated into megadoses, and which are primarily responsible for their beneficial effects.

Nonetheless, it is welcoming that increasingly science confirms traditional herbalism and culinary practice.

Perhaps, as scientific evidence continues to pour in, we will be more willing to give ourselves permission to appreciate once again the wondrous superfluity of nature, its ceaseless benevolence, and the fact that issuing directly from her fecund soil, are powerful healing gifts, that we can enjoy sensually, viscerally and now intellectually with greater abandon.

*For full article and references, please visit the below website. We also strongly suggest you conduct your own further research if you are interested in finding out more about this topic.