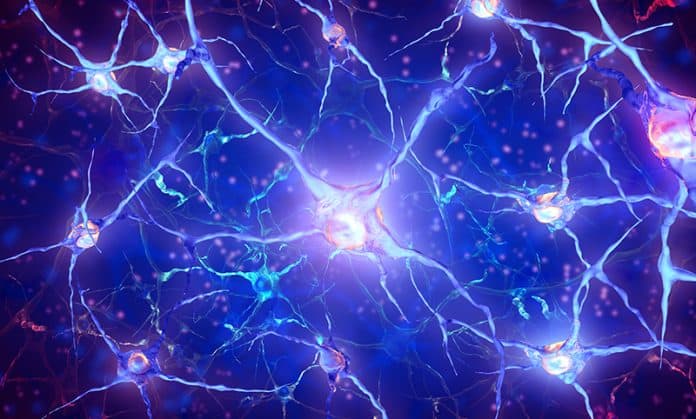 Scientists built a computer model of a simple brain network based on that of a sea slug, taught it how to get food, gave it an appetite and the ability to experience reward, added a dash of something called homeostatic plasticity and then exposed it to a very intoxicating drug. To no one’s surprise, the creature became addicted.

The research is part of a long-term project to create a working model of the brain, starting with the simplest of circuits and gradually adding complexity, said Rhanor Gillette, a University of Illinois at Urbana-Champaign professor emeritus of molecular and integrative physiology who led the research. Postdoctoral researcher and lead author Ekaterina Gribkova built the computer model based on previous work by co-author Marianne Catanho, now at the University of California, San Diego. They describe their work in the journal Scientific Reports.

“By watching how this brain makes sense of its environment, we expect to learn more about how real-world brains work,” Gillette said. “We also think our model will make a great educational tool.”

The researchers named their model slug ASIMOV after the well-known science fiction writer Isaac Asimov, who was among the first to think and write about the ethics of robotics. They set the creature loose in a confined area where it would randomly encounter pellets of food, some of which were delicious, others noxious.

Just like a real predator, ASIMOV learned to avoid the noxious prey items and gobble up the good ones — unless it was very hungry, in which case it would eat whatever crossed its path. Each type of pellet had its own characteristic odour that enabled ASIMOV to determine whether to turn toward it in pursuit or to avoid it.

In addition to eating to become satiated, ASIMOV was also able to experience reward. Maximizing its own satiation levels and reward experiences were the creature’s two life goals.

After establishing that ASIMOV could discriminate between good and bad foods, the researchers then added a highly rewarding but nutritionally empty drug pellet to their model. The drug also had its own characteristic odour.

Once ASIMOV consumed it and experienced the intoxicating reward, it began to pursue the drug to the exclusion of all else.

But these two ‘mental’ states were temporary. Eating caused satiation, but that feeling of fullness waned over time. Furthermore, ASIMOV was designed to habituate to the drug, Gribkova said.

“Just like when you drink coffee every day, you get used to the effects, which lessen over time,” she said. “And if you stop drinking coffee, you go into withdrawal.”

This was the homeostatic plasticity feature kicking in, Gillette said. “ASIMOV started going into withdrawal, which made it seek out the drug again as fast as it could because the periods during which a reward experience last were getting shorter and shorter,” Gillette said.

Then the researchers took the drug away from ASIMOV the creature experienced full-fledged withdrawal and, eventually, became resensitised to the drug.

ASIMOV’s behaviour followed the course of addiction seen in other organisms, including humans, the researchers said.

Guided by desire for reward and satiation, but also attempting to avoid pain, the creature cycled between eating, not eating and chasing after the drug when it was available.

“If it’s very intoxicated by the drug, what usually happens in our simulation is that it just ignores all the other options – for example, the option to eat,” Gribkova said. “It ends up in this malnourished and intoxicated state. But if it goes into withdrawal because it can’t find the drug, it loses its selectivity for different kinds of prey. It just eats everything in sight.

“We wanted to actually recreate addiction in this organism,” she said. “And this is the simplest way we could do it.”

“We expect that behavioural complexity in animals probably evolved from very simple beginnings like this, so we’re trying to recreate that in a very evolutionarily plausible way,” Gillette said.

The researchers say they aim to add more layers of complexity in future work, tackling attributes like social behaviour and altruism.