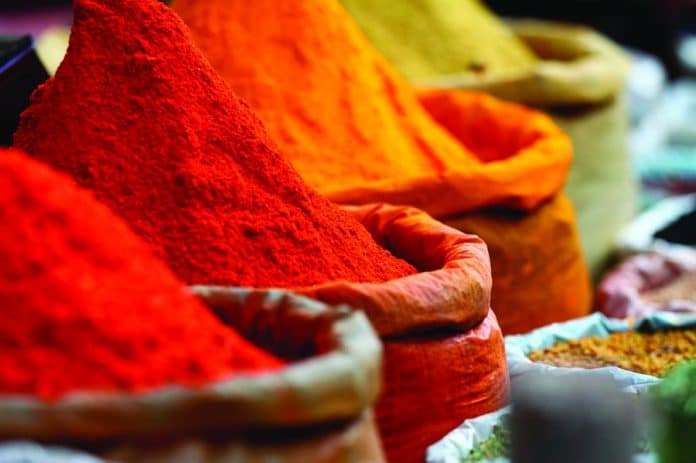 Turmeric has been used in India for over 5,000 years, which is likely why still today both rural and urban populations have some of the lowest prevalence rates of Alzheimer’s disease (AD) in the world. A recent study on patients with AD found that less than a gram of turmeric daily, taken for three months, resulted in ‘remarkable improvements.’

A diagnosis of Alzheimer’s disease (AD), sadly, has become a rite of passage in so-called developed countries. AD is considered the most common form of dementia, which is defined as a serious loss of cognitive function in previously unimpaired persons, beyond what is expected from normal ageing.

A 2007 study published in the Journal of the Alzheimer’s Association estimated that 26 million people throughout the world suffer from this condition, and that by 2050, the prevalence will quadruple, by which time 1 in 85 persons worldwide will be afflicted with the disease.

Given the global extent of the problem, interest in safe and effective preventive and therapeutic interventions within the conventional medical and alternative professions alike are growing.

Unfortunately, conventional drug-based approaches amount to declaring chemical war upon the problem, which can result in serious neurological harm.

What the general public is therefore growing most responsive to is using time-tested, safe, natural and otherwise more effective therapies that rely on food, spices and familiar culinary ingredients.

In late 2012, a remarkable study was published in the journal Ayu, entitled “Effects of turmeric on Alzheimer’s disease with behavioural and psychological symptoms of dementia.” Researchers described three patients with Alzheimer’s disease whose behavioural symptoms were “improved remarkably” as a result of consuming 764 milligrams of turmeric (curcumin 100 mg/day) for 12 weeks. According to the study:

“All three patients exhibited irritability, agitation, anxiety, and apathy, two patients suffered from urinary incontinence and wonderings. They were prescribed turmeric powder capsules and started recovering from these symptoms without any adverse reaction in the clinical symptom and laboratory data.”

After only 3 months of treatment, the patients’ symptoms and the burden on their caregivers were significantly decreased.

The report describes the improvements thus:

“In one case, the Mini-Mental State Examination (MMSE) score was up five points, from 12/30 to 17/30. In the other two cases, no significant change was seen in the MMSE; however,they came to recognize their family within 1 year treatment. All cases have been taking turmeric for more than 1 year, re-exacerbation of BPSD was not seen.”

This study illustrated just how powerful a simple natural intervention using a time-tested culinary herb can be. Given that turmeric has been used medicinally and as a culinary ingredient for over 5,000 years in Indian culture, even attaining the status of a ‘Golden Goddess,’ we should not be surprised at this result. Indeed, epidemiological studies of Indian populations reveal that they have a remarkably lower prevalence of Alzheimer’s disease relative to Western nations, and this is true for both rural and more “Westernised” urban areas of India.
Could turmeric be a major reason for this?

Curcumin has been found to play a protective role against beta-amyloid protein associated inflammation.

Curcumin appears to protect against the cell-damaging effects of beta-amyloid proteins.

Turmeric contains a variety of compounds (curcumin, tetrahydrocurcumin, demethoxycurcumin and bisdemethoxycurcumin) which may strike to the root pathological cause of Alzheimer’s disease by preventing beta-amyloid protein formation.

Curcumin has a higher binding affinity for iron and copper rather than zinc, which may contribute to its protective effect in Alzheimer’s disease, as iron-mediated damage may play a pathological role.[21] [22]

Just The Tip of the Spice Cabinet

This remarkable substance contains approximately 66% medium chain triglycerides by weight, and is capable of improving symptoms of cognitive decline in those suffering from dementia by increasing brain-boosting ketone bodies, and perhaps more remarkably, within only one dose, and within only two hours.

A 2009 study found that cocoa procyanidins may protect against lipid peroxidation associated with neuronal cell death in a manner relevant to Alzheimer’s disease.

A 2003 study found that sage extract has therapeutic value in patients with mild to moderate Alzheimer’s disease.

While most of the positive research on this B vitamin has been performed on the semi-synthetic version, which may have unintended, adverse health effects, the ideal source for this B vitamin is foliage, i.e. green leafy vegetables, as only foods provide folate. Also, the entire B group of vitamins, especially including the homocysteine-modulating B6 and B12 may have the most value in Alzheimer’s disease prevention and treatment.

This compound is mainly found in the Western diet in grapes, wine, peanuts and chocolate. and disrupting existing plaques.
Other potent natural therapies include:

This is one of the few herbs proven to be at least as effective as the pharmaceutical drug Ariceptin treating and improving the symptoms of Alzheimer’s disease.

This herb, also known as Lemon Balm, has been found to have therapeutic effect in patients with mild to moderate Alzheimer’s disease.

This spice compares favourably to the drug donepezil in the treatment of mild-to-moderate Alzheimer’s disease.

As always, the important thing to remember is that it is our diet and environmental exposures that largely determine our risk of accelerated brain ageing and associated dementia. Prevention is an infinitely better strategy, especially considering many of the therapeutic items mentioned above can be used in foods as spices.

Try incorporating small, high-quality culinary doses of spices like turmeric into your dietary pattern, remembering that ‘adding it to taste,’ in a way that is truly enjoyable, may be the ultimate standard for determining what a ‘healthy dose’ is for you.