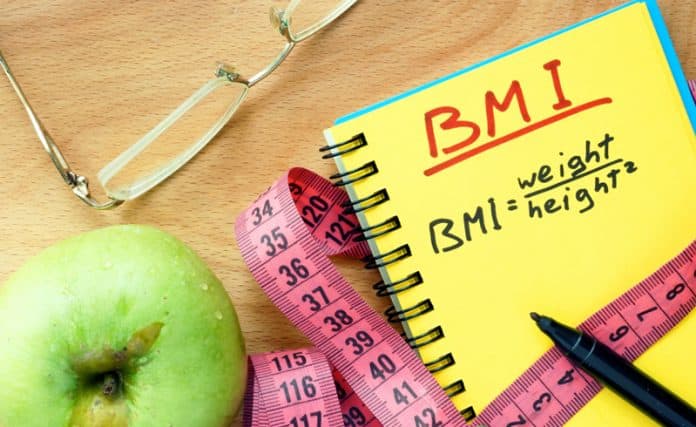 When it comes to predicting health risk, what’s more important: what you eat or what you weigh? It looks like it could be the former. In a large new study from Sweden, researchers from Uppsala University followed 79,000 people in a 20-year study which looked at the link between body mass index (BMI), adherence to a Mediterranean-style diet, and risk of death.

It turned out that of those who followed the Mediterranean-style diet, people who were in the ‘overweight’ category had the lowest risk of dying. And those in the ‘obese’ category did not have a significantly higher risk of death compared to those regarded as having a normal BMI.

“The single most important finding in my mind is that the Mediterranean diet seemed to compensate the negative effect of [high] BMI on longevity,” says Karl Michaelsson, who led the study.

For the purposes of this study, a Mediterranean-style diet was characterised by a variety of fruit and vegetables, legumes and nuts, unrefined or high-fibre grains, fermented dairy products, fish and olive or rapeseed oil.

People who were classed as adhering to the diet also kept red meat and alcohol to a minimum.

Study Adds To Weight Of Evidence On Diet

While we may subconsciously surmise someone’s health based on the size of their body, this research fits with a growing body of evidence that BMI is a blunt instrument when it comes to indicating health, according to Australian dietitian Fiona Willer.

“I think we really need to take our focus off BMI as some kind of ring to rule them all, because it’s really bad at any of those jobs that it tries to do,” says Ms Willer, whose PhD research deals with attitudes to weight and diet.

“It’s really not great at a population level, and it’s really damaging at an individual level when somebody goes to a health provider and they’re judged on the size of their body, rather than being asked about what their health behaviours actually are.”

Professor Michaelsson says the study demonstrates that we focus too much on body size at the expense of what we put into our bodies.

“Our results indicate that a healthy diet is a good measure [of health risk], independent of your body stature.”

The truth is, most people don’t follow the dietary guidelines, regardless of what BMI category they fit into, Ms Willer points out.

“We’ve only got a small proportion of people who eat to the dietary guidelines in each of the BMI categorisations,” she says.

“Certainly if you were trying to predict somebody’s eating habits from their BMI, you would get it wrong … more frequently than you’d get it right.”

As for why a Mediterranean-style diet seems to be so protective, Professor Michaelsson speculates that it lowers inflammation and oxidative stress.

“The future will tell us whether other types of healthy diets will have the same effects.”

Ms Willer says studies like this reinforce the need for health systems to promote healthy diets to everyone, regardless of their weight, and make sure quality food is widely available.

“It doesn’t serve people in the healthy weight range to believe that it wouldn’t make any difference if they changed their dietary patterns to one more consistent with the Mediterranean style, for example,” she says.

“We really should, if we’re really interested in public health, be focussing on how to make a diet with the foods in this kind of dietary pattern more accessible for the population.”

The research was published in PLOS Medicine.

*To read the full article, please visit the below website.
www.abc.com.au