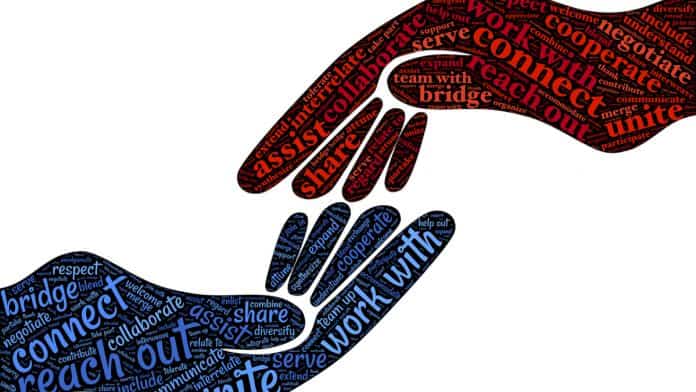 While there is a lot that we can do to increase our own wellbeing, our social and political environments play an important role in our happiness too. In particular, research suggests that supportive government policies like health care coverage and parental leave make a difference in how we feel in our everyday lives. Now a new study finds that people who live in countries that promote greater social justice tend to be happier.

In this study, researchers Salvatore Di Martino and Isaac Prilleltensky used data from the EU Social Justice Index, which scores countries on indicators like their equity around education and health care for ethnic minorities and the poor, unemployment levels for both native-born and non-native-born people, non-discrimination policies, gender representation in government, and “intergenerational justice” (meaning, low public debt, good pension policies, and low greenhouse gas emissions per capita, for example).

They compared these scores to how satisfied Europeans are with life, based on interviews with nearly 170,000 individuals across 28 countries at six different times between 2008 and 2017. The researchers made sure to rule out contributing factors like a person’s age, gender, or occupation, or a country’s gross domestic product (GDP).

Their analyses showed that not only does a country’s social justice contribute to people’s happiness, but it is the second strongest predictor of their life satisfaction.

Only a country’s social capital (the strength of family relationships and larger social networks, the level of trust in institutions, and the degree of civic participation) mattered more to people’s wellbeing.

“Social relations are important for people’s happiness—one of the most important things,” says Di Martino. “But people should also realise that the conditions surrounding them—like living in a place that gives them opportunities or resources—is also very important.”

Why Does Social Justice Matter?

He also notes that greater social justice communicates to citizens that they have value—that they matter to their communities. And that’s crucial to psychological well-being, research suggests.

“It’s not coincidental that Black Lives Matter has the name that it has,” he says.

It’s also likely that greater social justice builds trust in institutions and in communities, and that, in turn, improves our relationships with others, says Di Martino. It may help reduce prejudice, too, as people who are less stressed tend to have less need to find a scapegoat for their problems.

“It’s likely that countries that enjoy a good level of social justice will be less discriminatory toward migrants, asylum seekers, or other strangers,” he says.

Social justice and equity also reduce the chance that you’ll look around you, see others who are much better off than you, and feel unhappy about it, says Prilleltensky. People who compare themselves to others in this way tend to be unhappier—perhaps because they associate their self-worth and happiness to how much money they make.

“The more contrast there is, the lousier the individual at the lower end of the comparison feels, which I believe, explains why countries with more equal opportunities have higher levels of wellbeing,” says Prilleltensky.

Other research finds that when peoples live in a state with more inequality, they also tend to take more economic and other risks (like drug abuse and gambling). “People who feel they’re getting the short end of the stick will take risky shortcuts to achieve life satisfaction,” he says.

While Di Martino and Prilleltensky’s study focused on the EU, other social justice reports consider more countries, including the U.S. In the most recent of these, the U.S. ranked near the bottom in social justice, which is bound to affect American happiness, says Prilleltensky. It may even explain why happiness levels appear to be dropping here.

At the same time, says Di Martino, countries that shift to greater social equity, like New Zealand, are seeing increases in happiness. Having a government that monitors and prioritizes wellbeing measures other than GDP seems to be key to moving in that direction.

Even as evidence on the psychological benefits of social justice mounts, many countries still resist enacting policies to strengthen equality. Prilleltensky believes it comes down to hubris—believing in a myth of exceptionalism that keeps governments, like the U.S., from considering they have something to learn from others.

It’s also possible that governments worry about the costs of social justice initiatives. But, as Prilleltensky points out, this is often just an excuse that doesn’t hold water.

“Cultural mythologies that preserve the status quo—that’s the real problem.”

Di Martino adds that paying for social justice actually seems to benefit the economy, even its gross national product.

In one of his forthcoming studies, countries with higher social justice showed higher GDP—but not vice versa, as you might otherwise expect. This means countries would be better off attending to their social justice policies first if they want to build a stronger economy…and enjoy greater happiness, too.

Their results give new fuel to social justice movements calling for stronger welfare policies. Though many think reducing inequality should be a low priority, instead it may be one of the most important ways to improve wellbeing for everyone.

“If you live in a country that gives you resources and opportunities, that’s got a good level of social justice, people will likely feel more comfortable with their life, enjoy a higher GDP, and trust each other as well,” says Di Martino. “That’s important to know.”

*For more information, please visit the below website.
www.greatergood.berkerley.edu