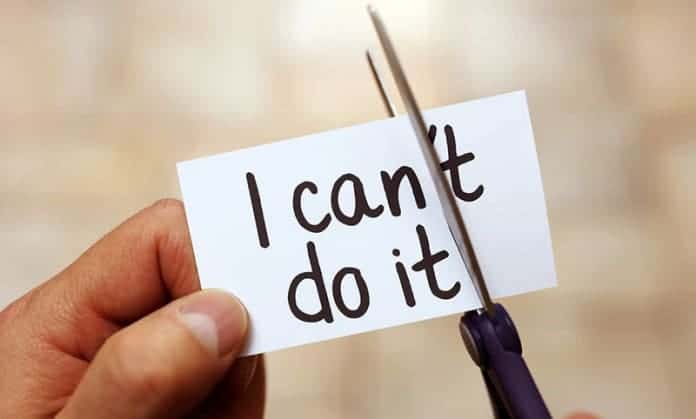 Relapse: it will happen. No matter what it is you’re recovering from, you’re going to stumble. Healing is never linear—the line on your wellness graph never extends in a beautiful, straight, upward curve. It really is more of an outline of a mountain range. Drawn by a toddler. With a blunt crayon. You hope that, overall, that line is moving upward, but, week by week, day by day, there are massive peaks and devastating troughs. And in those troughs live your relapses.

They’re infuriating. Demoralising. In a few short days, all of that work you’ve done over the preceding weeks, maybe even months, swiftly flows down the drain, leaving you with a devastating sense of failure.

There are lessons to be learned. There are.

It might not feel like it in the immediate aftermath. That sense of crushing defeat overshadows everything. It hurts you in ways you never knew possible.

Relapse doesn’t have to mean the end of the world. It really doesn’t.

Because relapse offers you the chance to refocus, to readjust—to actually make your recovery more effective.

It did for me.

Before COVID-19 took hold in the UK, I had the hardest month I’d had in a long time. Trust me—February 2020 could not have gone any worse. Up to that point, I wasn’t doing amazingly—but I was doing okay. Things were adequate. There was no aspect of my life that couldn’t be improved upon, but—generally—my life was no longer the total shambles it had been at the end of 2019 when I was admitted to a psych ward.

A number of events clustered together. Big events. I didn’t handle them well. And I did more than stumble—I fell flat on my face. My mood dropped, plummeted—I relapsed.

I still don’t have the words to fully explain the changes my admission to a psychiatric ward wrought upon me. But I do know that it fundamentally altered me. Although the whole experience helped me to, consciously, shed a number of unhealthy habits and attitudes, other maladaptive elements just fell away with no prompting.

One of which was my lack of resilience.

Now, I’ve never been resilient. In the past, whenever a problem occurred, I normally ran away or simply crumbled.

But, the experience of the Ward changed me, made me stronger in ways I still don’t yet fully understand. I hope that one day, maybe even soon, I’ll find those words to describe those changes. They’re just not there yet. For now, simply saying that I’m a little stronger than I used to be will have to suffice.

So, although February sucked, it didn’t land the kind of killer blow that a tough sequence of events would’ve done in the past. It put me on the canvas, but I got back up. Slowly, so, so slowly, I put one foot in front of the other and started moving forward again.

As the days went by, I began to look back at February to see what lessons I could learn. Analyzing my past mistakes and evaluating what I might have done better in the past had held me in good stead during my recovery up to this point—it made perfect sense to continue with this process now.

I saw three things, all of which will help me the next time I find myself in the eye of the storm that is relapse.

1. CUT YOURSELF SOME SLACK

Yes—it’s trite. But that doesn’t mean it’s not true—you have to be kind to yourself. If you want to be happier, you need to practise self-love all the time. But, it’s perhaps never more important to do so than when you’ve just relapsed.

The thing you’re recovering from was big. A breakdown, addiction—these are all big things. Of course they are—if something requires some form of recovery, then it’s not a small thing. Small things don’t need recovery—small things can be solved with a cup of tea and Netflix. Big things are…well, they’re big.

And big things leave a mark. They leave lasting damage. And it’s going to take time to deal with that damage. I’ve been fighting a battle with my mental health for decades, and that battle has left profoundly deep scars. I’m not going to undo all that damage and suddenly win that fight in a few months.

February showed me that that process will take me years. I saw that I had to be patient with myself to embrace the fact that this journey was going to be a long one—it wasn’t going to happen overnight.

One thing to remember is that, in addition to being a big thing you’re trying to recover from, there is also no one guaranteed method of recovery. One size doesn’t fit all. You have to find the way that works best for you; recovery is one of the most personal journeys you’ll undertake. Which means “trial and error.”

You’ll take lots of wrong turns before you find the path that’s right for you. If you wouldn’t beat yourself up over getting lost on a long car journey, don’t be too hard on yourself if you take the odd wrong turn on your recovery. Not least as you’re traversing a foreign country—the world of recovery looks and feels very, very different to the pre-recovery planet you used to live on. You’re now finding your way around a totally alien landscape—it’s okay to get lost occasionally.

Telling myself that I wasn’t weak, that I hadn’t failed, I’d simply gotten lost, changed my mindset dramatically. It made it easier to pick myself up and go again.

Be patient. Be kind. Trust me—it’ll make a difference.

2. RELAPSE IS (MOST OF THE TIME) INEVITABLE

But there’s another thing. Big things fight back.

My depression is a parasite. One that thrives on my lack of self-worth. But it’s also a strong parasite—it’s not going to give up without a fight. And, sometimes, it strikes back.

Just as it did in February.

And just as it will do again.

Had I been naive? Had I thought that everything I was doing to get better would be enough to keep my enemy at the gates? I hadn’t done so consciously, but—on a deeper level—I obviously had thought this. To be brutally honest, I’d been a bit surprised that my depression returned with the ferocity it did.

That was dangerously naive. And I can’t afford that luxury.

So, in addition to being kinder and more patient, I’ve also got to be more realistic—I’m fighting a war, and my enemy is going to try their hardest not to be defeated. My depression will return, and the damage that my mental health has caused will reverberate for years.

Accept that. Accept that your enemy is powerful and isn’t going to give up without a fight.

Accept that you will relapse.

And accept that your relapse wasn’t some sort of personal failure; it’s an inevitable part of the battle for supremacy between you and that big thing. That big thing is going to try its damnedest not to be vanquished, and—occasionally—it’ll win.

You’re not weak. You didn’t fail. You simply lost that particular battle. But the war can still be won.

Once the storm has passed, it’s time to take a look back at the hours, days, and weeks that led you to relapse. And be honest. Because that honesty might just save you next time around.

What are you looking for? In a word: triggers. You’re looking for your triggers, those things that instigated the relapse. Because it’s these triggers you’ve got to guard against. These are the elements you’ll need to devise coping strategies for in the future. Recovery has to be proactive—but especially so when it comes to these triggers.

Thanks to February, I’m more aware of mine now.

Situations regarding my daughters, my family, money, social isolation, and work.

I know that all of these things will test my resolve. Potentially, they all represent an opening that my depression could exploit. So, I actively try to negate them beforehand.

For example, I know that I lack self-confidence. I used to have considerably more than I have now. I studied drama, for goodness sake—in a previous life, I actually used to enjoy standing on a stage and performing in front of an audience.

But, the last decade has stripped me of that—and I know that regaining that self-confidence is a key part of my recovery. I’m getting there, but I also have days when I have no belief in myself. This can be hard given my job—I teach English online.

Experience in the field helps, but confidence is more important. However, if I’m struggling, I can get crippled by self-doubt if I deliver just one single lesson that is below average. My confidence drops.

I know that I need to combat that, so I actively do things that fuel my self-esteem. Guided meditation is one such thing. I listen to a lot of pieces that are full of positive affirmations. It works. Whenever I can feel my self-worth beginning to drop, meditation gives me a pick-up. And that negates the possible impact that my self-worth “trigger” might have.

However, sometimes, you can’t stop the big thing from wriggling through one of those openings. Occasionally, it slips through the net and takes hold. Although I may not be consciously aware of it, there are several signs that this has happened, and that my mood is beginning to dip.

Housework begins to be neglected; I start ruminating on past mistakes, on situations I knew I should’ve handled better; hyper fixation begins to creep in—for me, this manifests in the way I begin to become slightly obsessed with certain TV shows—I may not be fully aware I’m beginning to relapse, but when I’ve just watched four episodes of “Ozark” back-to-back, it’s a clear sign there’s an emotional storm on the way.

I’m now at the point when I can recognise those things for what they are—indicators that I need to, temporarily, try a little harder. So, I write, or exercise—anything to push my depression back into the shadows.

I can’t always stop a relapse from occurring—some days, my depression is simply too strong for me. But, I’ve headed off a few from happening by being vigilant and aware of my triggers, but also by seeing how those triggers manifest themselves.

When I watch multiple episodes of “Ozark” nowadays, it’s because I really want to know what the Byrde family will do next, and not because I’m about to have an “episode.”

I will relapse. But it’s part of my recovery. In fact, it’s part of life. We all have relapses in every aspect of our existence. Given the state of the world, there are probably millions of us relapsing now. But that’s okay. It’s alright. It’s inevitable. The world is full of big things, and some days they’ll win.

When they do, be kind to yourself, be patient, get through, and then—after you’ve soothed yourself with a cup of tea and Netflix—see what you can do better next time.

You’ll lose the odd battle. But the war itself? You’ve got that. You’ll win. One day that big thing will be a small thing.

All you’ve got to do is keep going.