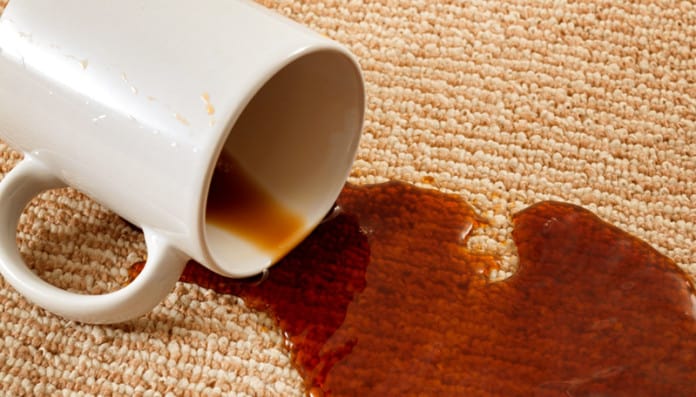 Suppose you drop your morning coffee and it splatters everywhere. Later a colleague drops by to say hello. Do you grumble a testy acknowledgment, or cheerfully greet her? In a new study on brain activity led by University of Miami psychologists, researchers found that how a person’s brain evaluates fleeting negative stimuli – such as that dropped cup – may influence their long-term psychological wellbeing.

“One way to think about it is the longer your brain holds onto a negative event, or stimuli, the unhappier you report being,” said Nikki Puccetti, a Ph.D. candidate in the Department of Psychology and lead author of the study published in the Journal of Neuroscience.

“Basically, we found that the persistence of a person’s brain in holding on to a negative stimulus is what predicts more negative and less positive daily emotional experiences. That in turn predicts how well they think they’re doing in their life.”

“The majority of human neuroscience research looks at how intensely the brain reacts to negative stimuli, not how long the brain holds on to a stimulus,” said Aaron Heller, senior author of the study and assistant professor of psychology.

“We looked at the spillover – how the emotional colouring of an event spills over to other things that happen. Understanding the biological mechanisms of that is critically important to understanding the differences in brain function, daily emotions, and wellbeing,” he added.

For their study, the researchers set out to learn how different reactions in the brain to emotional pictures relate to momentary emotional experiences in daily life and even psychological wellbeing over time. They hypothesised that the amygdala, the almond-shaped structure on both sides of the cerebrum that evaluates stimuli and supports emotion and memory, played an important role.

They confirmed their suspicions by analysing data from the Midlife in the United States (MIDUS) study, one of the richest and most unique longitudinal studies on the health and wellbeing of thousands of adults as they age.

Initiated by the National Institute on Aging in 1995, the study continued in 2002 at the University of Wisconsin-Madison, where Heller earned his Ph.D.

With other researchers affiliated with the MIDUS project, Puccetti and Heller analysed data from 52 MIDUS participants who had completed a questionnaire about their psychological wellbeing and, in a nightly phone call, reported the stressful events and positive and negative emotions they had experienced each day for about a week.

Connecting data from the questionnaires, the daily phone diaries, and brain snapshots from the fMRIs, the researchers determined that people whose left amygdala held on to negative stimuli for fewer seconds were more likely to report more positive and fewer negative emotions in their daily lives – which spilled over to a more enduring wellbeing over time.

“It may be that for individuals with greater amygdala persistence, negative moments may become amplified or prolonged by imbuing unrelated moments that follow with a negative appraisal,” the authors stated. “This brain-behaviour link between left amygdala persistence and daily affect can inform our understanding of more enduring, long-term evaluations of wellbeing.”

And it could explain, Puccetti said, why some people might let a dropped cup of coffee ruin their day, while others wouldn’t give it another thought after cleaning the mess up. It’s also why she hopes to one day repeat the study with subjects who, unlike the MIDUS participants, are at high risk for developing depression or anxiety.

“It might be the case that they’re showing even greater persistence and that’s something that can tell us about why they might be more likely to go on to develop a psychiatric disorder,” Puccetti noted.

*For more information and full article, please visit the below website.
www.sciencedaily.com