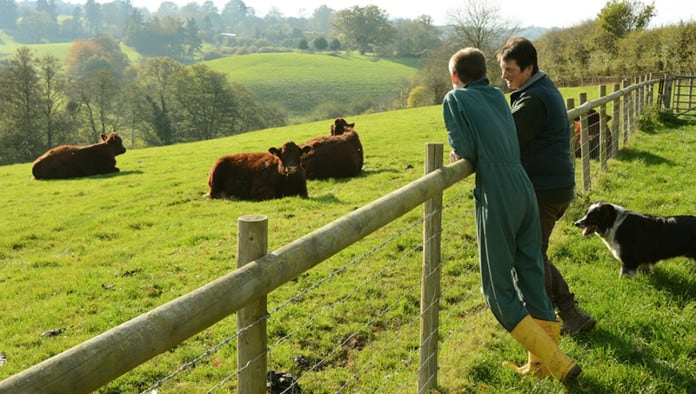 From children at risk of school exclusion, to adults with mental health challenges, thousands of people are getting their hands dirty on care farms as a form of therapy.

When Richard first arrived at Pathways Care Farm he was “in a very dark place”. Abuse as a child had triggered post-traumatic stress disorder and other severe mental health difficulties. By the time he arrived at the sprawling 13-acre Suffolk farm he had spent “years in and out of secure wards and sat through hundreds of hours of different therapies”.

At first Richard (who asked for his surname not to be used) was sceptical. He had tried similar outdoor therapies before without success. But, on the recommendation of a fellow hospital patient, he signed up to Pathways’ rehabilitative program. Twice per week he would leave his house to spend a day at the farm, taking part in everything from feeding animals to trimming hedges, while receiving support and instruction from the farm’s trained staff.

Pathways is one of the UK’s estimated 250 care farms, which host vulnerable people and engage them in farming or horticulture activities as a form of therapy.

They target groups such as dementia patients, young people at risk of school exclusion and people with learning difficulties, using farming as a way to boost wellbeing, self-esteem and a sense of community.

Facilities range from specialist residential centres with programs supported by trained therapists, to working farms that allow small groups to lend a hand for a few hours per week.

Referrals can be made via health and social care professionals, care homes, teaching staff, parents or carers. Or – as in Richard’s case – people can refer themselves.

Over the 12 months he spent on the program, Richard says that his mental health and confidence have gradually increased, and he describes it as a major part of his recovery. Now, he continues to support Pathways as a volunteer and, crucially, has remained out of hospital ever since. “I’m sure by now I’d have done another few months under lock and key if it wasn’t for Pathways,” he says. “It’s been a shining light.”

The therapeutic benefits of the great outdoors are well-documented. And although care farms are nothing new in the UK, the country still lags behind many in Europe.

The Netherlands, for example, has four times as many care farms as the UK, and they are certified health institutions so costs are covered by health insurers. In 2019, 10 per cent of children excluded from Dutch school received an education on a care farm instead.

According to Deborah Evans, regional care farming manager at Social Farms & Gardens, which oversees and provides support for care farms, the UK’s programs are “so popular they could fill their places three times over”.

The challenge, as always, is funding. Most places on care farm programs are paid for with public money, often from social care or healthcare funding. As public budgets are being squeezed, however, care farms are increasingly looking to charitable donations from grant funders or their own communities, Evans explains.

The evidence suggests that these programs are beneficial for the people who take part. Julie Plumley runs Future Roots, at Rylands Farm in Dorset, for children who have been excluded from school or who are at risk of being excluded. She says that three quarters (73 per cent) of young people who have completed a Future Roots prograe have gone on to further education after their time at the farm.

Meanwhile, a survey of their teachers found that:

100 per cent had increased motivation

89 per cent had improved their communication skills

44 per cent had better attendance

“It seems to make a real difference to their lives,” she adds.

Plumley opened the care farm in 2006 after eight years working as a social worker and explains:

“All of the young people who were having problems – getting into drugs, or crime – a lot of their issues had started with not being able to cope in school or feeling like they didn’t belong in the system.

Having spent her own, happy, childhood on a dairy farm, she wondered if the lifestyle could help.

She now hosts up to 100 young people aged between eight and 18 years old throughout the week. They attend once or twice a week to take part in everything from learning to drive tractors, to planting hedges, mending sheds and helping to shear sheep. Some attend for one school term, others for two years. If they like it, they can even sign up to a vocational course in land-based operations, which is delivered on site.

The benefits can be equally profound for people diagnosed with dementia. In 2017, specialist charity Dementia Adventure received funding through the National Lottery to provide training for dementia-inclusive activities across care farms. At Scrubditch Care Farm in Gloucestershire, for example, participants are able to collect eggs, plant seeds and help harvest vegetables, explains the charity’s Kath Vale.

“We know there’s a huge amount of research [demonstrating] that getting outdoors and engaging with nature can be massively beneficial for people with dementia,” she says.

Visitors to Scrubditch – both people with dementia and their carers – have reported a significant improvement in their wellbeing after just a short time on the farm, Vale adds.

Getting outdoors and engaging with nature can be massively beneficial for people with dementia.

Meanwhile, more extensive studies, conducted in the Netherlands, have shown that the non-institutional setting of a care farm, and the fact that participants are classed as ‘volunteers’, rather than as someone with a cognitive impairment, can help them to feel more “seen, recognised and understood”.

And for people like Richard, it has been a lifesaver. “It’s brilliant to have a marker in your week where people expect you to be somewhere, and where you can chat to professionals and also people that have had a similar experience,” he says. “For me, it’s been a saviour.”