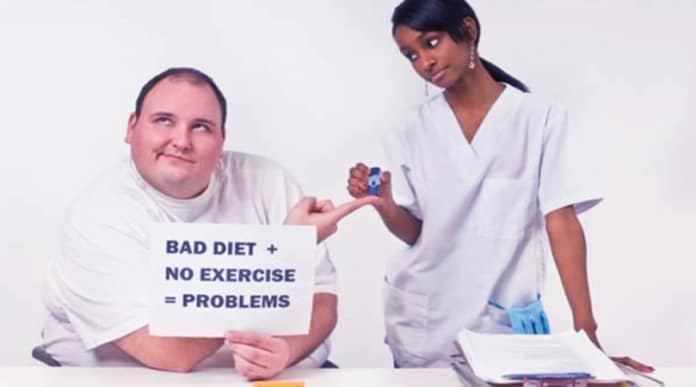 When your baseline blood sugar level is higher than normal, but you haven’t hit the threshold for a diabetes diagnosis, you may have pre-diabetes, a condition that often has no symptoms but is still considered a serious disorder. According to the Centers for Disease Control and Prevention (CDC), pre-diabetes puts you at risk of developing the more serious Type 2 diabetes, heart attack and stroke.

Surprisingly, it is estimated that as many as 1 in 3 adults, approximately 88 million Americans, have pre-diabetes, but most of these individuals don’t know that they have it. Risk factors for pre-diabetes are the same as Type 2 diabetes:

If you have received a diagnosis of pre-diabetes or suspect that you may have it, it’s time to get serious about managing your health. Left unchecked, pre-diabetes can progress to Type 2 diabetes and a host of negative health implications, including increased risk of kidney failure, blindness, nerve damage, limb amputation and more.

Pre-diabetes is a serious warning sign that it’s time to make important lifestyle changes. Ignore the dangers and you may experience deteriorating quality of life and serious health consequences. The good news is pre-diabetes, and often Type 2 diabetes, may be preventable by making a few key alterations to your daily regimen.

Here are five such remedies for pre-diabetes that you can implement today that will steer you down a healthier, more vibrant path so you can get the most out of your days.

Vitamin D is linked to many important health benefits, including supporting strong bones, muscles and nerves. It helps prime your immune system to fight off invasive bacteria and viruses. Supplementing with high-quality vitamin D, or producing it naturally in your skin via sensible sun exposure, may also help prevent the development of diabetes if you are currently at risk.

Researchers in 2018 published results of a meta-analysis of controlled clinical trials that assessed glycaemic outcome measures for adults who were pre-diabetic, overweight or obese. Twenty-eight placebo-controlled trials representing 3,848 participants were included in the final analysis, which showed that vitamin D supplementation significantly improved glycaemic measures and insulin sensitivity and may be useful as part of a preventive strategy for Type 2 diabetes.

A 2019 study evaluated the effects of vitamin D supplementation in patients with diabetes mellitus. The meta-analysis reviewed vitamin D’s effects on blood sugar and insulin sensitivity, among other biometrics affected by diabetes, in diagnosed patients across 37 studies.

Vitamin D levels were found to be significantly lower than the norm among diabetic patients, indicating a heightened need for supplementation. Boosting vitamin D levels led to better glycaemic control and is suggested as an adjunct therapy along with other treatments.

The health benefits of physical activity are legendary and when compared to the negative impacts of a sedentary lifestyle, the choice to become more active is clear, especially if you are pre-diabetic.

Taking a 30-minute brisk walk, five times per week, meets the Department of Health and Human Services’ recommended level of physical activity for adults (or 75 minutes of vigorous activity each week).

By integrating this level of movement into your routine, you may reduce your risk of developing Type 2 diabetes by as much as 58%.

Reducing physical activity also increased insulin resistance by as much as 39% and lowered HDL or “good” cholesterol by up to 3.3%.

Interestingly, these same negative health effects were observed when participants lowered the intensity of their exercise from moderate-to-vigorous to light intensity, demonstrating that level of exertion when exercising is an important factor in receiving optimal health benefits.

Coenzyme Q10, or CoQ10, is an antioxidant produced within your body that generates energy to grow and maintain cells. Levels of CoQ10 decrease as you age, making conscious intake of this enzyme increasingly important. Found in meat, fish and nuts, therapeutic levels of CoQ10 can be achieved via a wide array of dietary supplements.

Studied for its usefulness in treating migraines, heart disease, dementia and other inflammatory conditions, CoQ10 has also been explored as a therapy to prevent Type 2 diabetes.

A 2018 study examined whether administration of CoQ10 would improve insulin resistance in patients with pre-diabetes.

The double-blind, placebo-controlled trial studied 80 adults with impaired glucose tolerance, randomising them into a supplement group or placebo group. After eight weeks of treatment, the CoQ10 group exhibited a significant decrease in insulin resistance, along with lowered levels of toxic free radicals.

Curcumin is one of the most heavily researched of all healing herbs. Curcumin extract was explored as a preventative for Type 2 diabetes in a study published in the journal Diabetes Care.

Researchers randomised all subjects to curcumin or placebo capsules for nine months. An array of biomarkers indicating progression toward Type 2 diabetes were measured at baseline and after the study period.

After nine months of treatment, 16.4% of subjects in the placebo group progressed into Type 2 diabetes, whereas no one in the curcumin group received a diabetes diagnosis.

In addition, curcumin-treated subjects showed better overall functioning of beta cells, a type of cell found in the pancreas that synthesises and secretes insulin.

A separate study on curcumin as a “pre-treatment” in at-risk rats found that curcumin regulated and moderated key cell signalling molecules to improve pancreatic glucose and insulin responses.

Now that modern science has confirmed yoga’s many health benefits, this ancient science is beginning to get the respect it deserves. Researched for usefulness in hundreds of diseases, yoga may also be a promising treatment for prevention of pre-diabetes.

Researchers found that glycosylated haemoglobin and glucose levels were significantly reduced in pre-diabetic women practising yoga compared to those in the control (non-practising) group. Other observed benefits of yoga practice were decreased stress levels and no escalation of fatty liver condition.

*For more information and references, please visit the below website.
www.wakeup-world.com