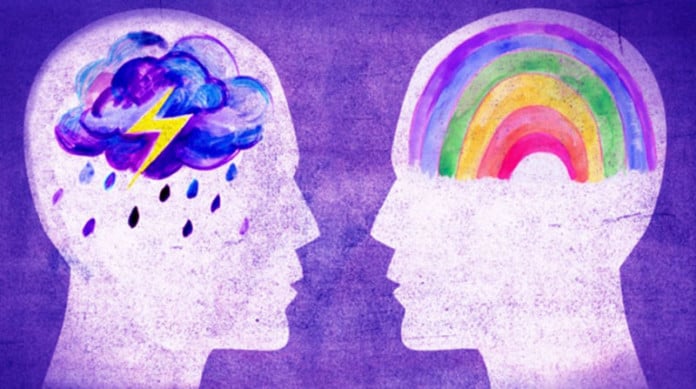 Empathy is one of many skills that help us build better relationships When we resonate with people’s feelings, consider their perspective, or feel compassion for them, we are more likely to be generous  and caltruistic,and less likely tobe prejudiced against them.

But empathy can sometimes feel like a lofty concept. While it may be good for us and others, what does it actually look like in real life, and how can we cultivate it? Findings from lab studies don’t give us the full picture, often suffering from narrow definitions of empathy and not reflecting people’s everyday empathIC experiences.

To fill this void in the research, Greg Depow at the University of Toronto and his colleagues conducted a study on people’s experience with empathy in their everyday lives, to find out how it affected their actions and wellbeing. Their findings shed some interesting light on how small moments of ordinary, everyday empathy work to benefit us all.

Empathy is common, and not only for those who are suffering.

The study recruited 246 participants, representative in many ways of the diverse population in the U.S. Then, seven times a day for a week, participants were randomly prompted via cell phone to report on their current happiness level, sense of purpose, and overall wellbeing.

At each prompt, participants also noted if they’d had an empathy opportunity (someone expressing emotion in their presence), received or offered empathy, or performed a kind, helpful act for someone during the prior 15 minutes.

If they had, they were asked to say how close they were to the other person involved, whether the empathy target’s emotion was positive or negative, and whether they resonated with the person’s feelings, took their perspective, or felt compassion for them – separate elements of empathy sometimes studied in isolation.

They also noted how difficult it was to empathise and how confident they were that they accurately understood the person’s feelings.

This last finding was an unexpected result, says Depow, because we usually think of empathy as a response to suffering.

“I was a little surprised that empathy was more common to positive emotions. But at the same time, there’s some work saying that people experience positive emotions about three times more often than negative emotions, so it makes some sense,” he says.

People also empathised more with close others than strangers in everyday life.

He and his colleagues also found that people who noticed more empathy opportunities and empathised more reported greater happiness and wellbeing.

However, these benefits were tied more to empathising with others’ positive feelings rather than negative feelings. And, if people were less confident in their ability to empathise, their wellbeing was lower.

So, that raises the question: Is empathy good or bad for us? It could be a bit of both, depending on the situation, says Depow.

“Overall, empathy, in a multidimensional framework, is good for wellbeing,” he says. “But, when people have more opportunities to empathise with negative emotions – and some people have them consistently and repeatedly, like doctors in emergency care, for example – those can be risk factors for personal distress.”

In those situations, we may need to take steps to protect ourselves from the distress that can come with empathy.

Still, Depow is more for empathy being a positive than a negative in our lives.“To really share positive emotions seems to be good for us,” he says. “That means feeling joy with the other person, rather than feeling bad about yourself because you’re not doing as well.”

Everyday Empathy And Helping Others

In Depow’s study, people practised more kindness toward others at times when they experienced more empathy, no matter whether positive or negative emotions were shared. Again, he found this to be particularly noteworthy, as so much research on empathy and compassion focuses on witnessing others in need.

“Empathy is not always about engaging with the suffering of others,” he says. “We also use it often to connect with other people’s happiness, and that can be a way of feeling connected to those around us, too.”

Interestingly, not just showing empathy but also receiving empathy from another led to more kindness and helpfulness.

Depow isn’t sure why that would be, and research has not focused a lot on how receiving empathy affects our behaviour. But it could just have to do with how an empathic interaction increases our sense of community.

“Maybe if someone empathises with you, you feel closer to them and the people around you. That might make you more willing to contribute and help out,” he says.

Who Is The Most Empathic?

In general, Depow’s findings confirmed that different demographic groups had different experiences of everyday empathy. Women still tended to empathise more than men, and being religious bumped up one’s empathy levels at least a little.

However, he didn’t find much difference in empathy levels between political liberals and conservatives, except in a separate analysis not covered in the paper. There, he says, he found that conservatives extended empathy less toward strangers, perhaps explaining why past studies had found a difference between the two political groups.

“Conservatives and neutral participants [not politically affiliated] reserved their greatest extent of compassion for close others, while liberals felt high compassion even for strangers,” he says.

These findings are exploratory, though, and would need replication before confirming their validity. And, he adds, they shouldn’t discourage people from extending empathy between political groups. Instead, they illuminate how empathy generally works in our everyday lives and how we can cultivate it better. For example, empathy can be helpful for understanding other people’s thoughts and predicting what they might do in the future, he says, which can be helpful in working together.

So how can we bring more empathy (and more wellbeing) into our everyday lives? Though more research would need to be conducted, Depow says, it might benefit people to learn to notice empathy opportunities more often; savour others’ happiness more; and reframe our emotional reaction to suffering as an opportunity to help (rather than focusing on our own personal distress). If training like that were possible, empathy could become an even more potent happiness practice—and stave off loneliness, too, he says.

“If people could open themselves up for more opportunities to empathise with others and resonate with their positive experiences, while feeling compassion for their negative experiences, that could really help us all.”
www.greatergood.berkeley.edu