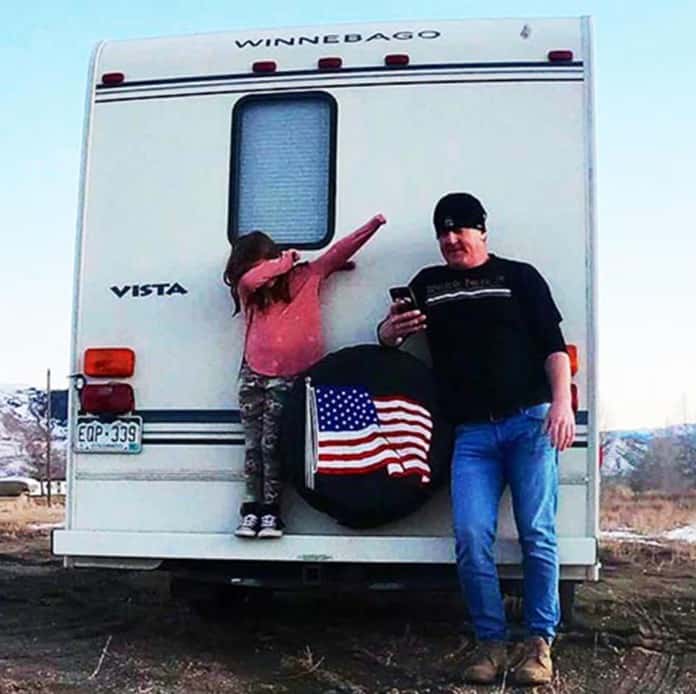 Recreational vehicles are a great way to tour the country and see the sights, but thanks to the efforts of one dedicated father-daughter team, they’ve also become a lifeline for people who’ve lost their homes to California’s latest spate of devastating wildfires.

The brainchild of Woody Faircloth, the non-profit EmergencyRV.org pairs people who are willing to donate their campers to a worthy cause, with those in need.

To-date, Woody, often with his 9-year-old daughter Luna along for the ride, has delivered 95 motorhomes to California area wildfire victims who otherwise might wait months for emergency housing. (The organisation currently has 100 families on its waiting list.)

Woody first got the idea for the charity in 2018. Like many that year, the Colorado-based father was tuned to news coverage of California’s deadly Camp Fire that incinerated 153,336 acres and destroyed hundreds of homes during Thanksgiving week. However it was the story of a man who’d lost pretty much everything but managed to escape the inferno in his mobile home that particularly resonated with Woody.

Inspired by how blessed that man felt just to have a place to spend the holiday, he asked Luna what she thought about finding an RV and delivering it to a family so they could have a place to call home for Christmas.

“We were watching some of what’s going on out there and talking about what if that was us and what would we do,” Woody said. “And I told (my daughter) what the idea was and she was 100 percent on board. She said, ‘God and Santa Claus would be really proud of us for this.’”

Woody launched a GoFundMe campaign to finance the first RV that he and Luna delivered dropped off in California.As word of their journey spread, people started reaching out to him via social media, offering to donate their motorhomes and from there, EmergencyRV soon took shape.

A father of four who works in the telecom industry, Woody says even though juggling the many facets of his life has its challenges, he plans to expand EmergencyRV’s outreach to include more fire and other natural disaster sites and hopes to beef up response times as well.

Many of the mobile home recipients are firefighters and other first responders whose tireless efforts battling the blazes did not prevent their own homes from going up in flames. One such man is George Wolley. “We fought the fire until we couldn’t fight it anymore. We couldn’t stop it. We did our best,” Wolleysaid. “Before I got that RV, I felt like I was a burden on everybody that helped me… I slept a lot in tents and in my car. It gave me a place to go.”

While his organisation continues to grow and evolve, the original sentiments behind Woody’s humanitarian efforts remain constant. He’s grateful that he has been in a position to help others.
www.goodnewsnetwork.org