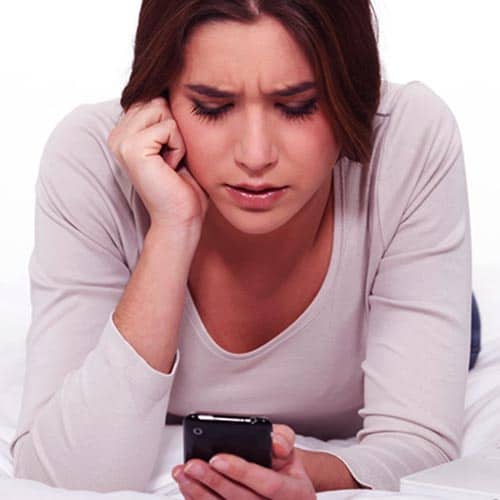 Picture this: You’re powering through a productive workday when a text notification flashes across your phone or computer screen. It’s unsettling. Maybe someone’s criticising you, delivering some bad news, or maybe an ex has reached out. No matter how you slice it, it’s troubling, and the feeling lingers long after the ping echo fades.

Here comes the real conflict, says neuroscientist Amishi Jha, Ph.D., author of Peak Mind says: “You need to devote your mind to the task at hand – meeting that deadline, getting the work done – but you have this pull toward that negative, probably self-related content.”

What’s the right move here? How do you manage your attention and mitigate your anxiety after receiving an upsetting text?

“Oftentimes, the typical response is to push it away, suppress it, ignore it, stomp it down, so you can get back to work,” says Jha.

Rather, she recommends treating the experience with a mindfulness-based orientation, and allow yourself to accept and feel any emotions that bubble up.

“A mindfulness-based approach is to first acknowledge and allow the emotional reaction that you had receiving the text message,” Jha explains.

Embrace the emotions rather than squashing them down, and hold them in the space with you without particularly engaging with them.

“Sort of like if you have a friend or a child in the room with you when you’re trying to get something done. They’re there with you, but you know that your attention needs to go toward what you’re doing right now,” says Jha.

It’s more difficult than it sounds, especially if you are a self-proclaimed problem solver. “Trying to solve the problem would probably not be the approach to take from a mindfulness-based perspective, especially if there is a deadline,” Jha continues. It’s a lose-lose scenario: You won’t have the right frame of mind to engage with the text, and you won’t get any work done at the end of the day.

Upsetting texts are, well, upsetting. So rather than attempting to bury the feeling, acknowledge the emotional reaction without trying to solve the problem right away. This mindfulness-based approach can help honour those negative emotions, which ultimately takes away their power over you.