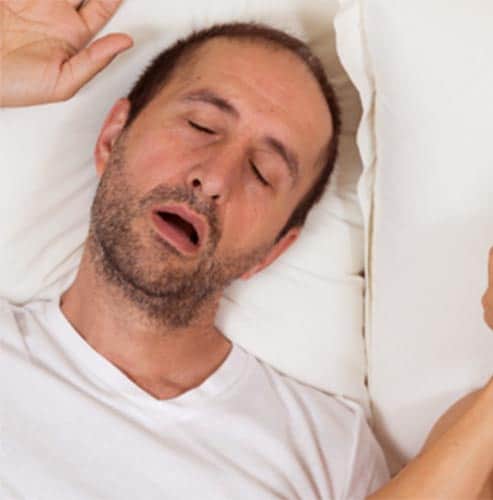 “Insomnia and obstructive sleep apnoea are the two most common sleep disorders, affecting 10 to 30% of the population, but people can often suffer from both at the same time,” says Dr Bastien Lechat from Flinders Health and Medical Research Institute: Sleep Health.

“Previously, little was known about the impact of co-morbid insomnia and obstructive sleep apnoea (COMISA) but what we did know is that for people with both conditions, health outcomes are consistently worse than those with neither condition or those with either condition alone.”

Now, in a new study published in the European Respiratory Journal, Flinders researchers have studied a large US-based dataset of over 5000 people to understand the risks of COMISA.

The participants, aged around 60 years of age at the beginning of the study and 52% female, were followed for approximately 15 years, with 1210 people dying during that time.

The study also showed participants with COMISA had a 47% increased risk of dying (for any reason) compared to participants with no insomnia or sleep apnoea, even when other factors known to increase mortality were taken into account.

“This is the first study to assess mortality risk in participants with co-morbid insomnia and sleep apnoea,” says Dr Lechat, who led the research.

“Given that these people are at higher risk of experiencing adverse health outcomes, it is important that people undergoing screening for one disorder should also be screened for the other.”

While further research is needed to investigate what might be causing the higher mortality risk for those with COMISA, researchers say further investigation is also warranted to ensure treatments are working effectively.

“Specific treatments may be needed for people with co-occurring disorders so it’s important we examine the efficacy of insomnia and sleep apnoea treatments in this specific population,” says Dr Lechat.

The Adelaide Institute for Sleep Health at Flinders University is continuing to conduct research to understand the reasons that insomnia and sleep apnoea co-occur so frequently, and to develop more effective treatment approaches.