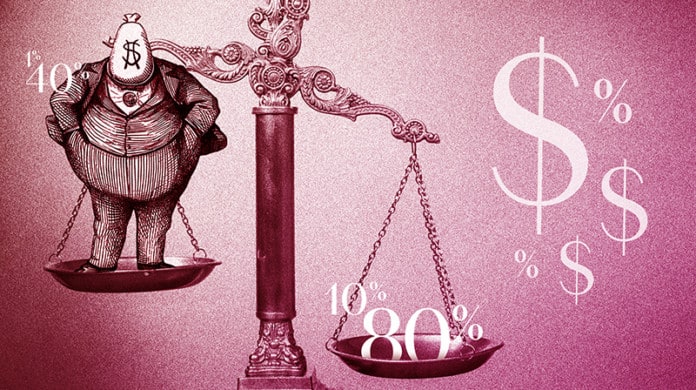 A group consisting of 102 of the world’s “super-rich” has called on the world’s governments to ‘tax them now’ as a way to help fund the global response to the pandemic.

In an open letter published in January, the group, made up of millionaires and billionaires, said the bedrock of strong democracy was a fair tax system – something they said was currently missing.

“As millionaires, we know that the current tax system is not fair,” they said in their letter.

“Most of us can say that, while the world has gone through an immense amount of suffering in the last two years, we have actually seen our wealth rise during the pandemic – yet few if any of us can honestly say that we pay our fair share in taxes.”

The signatories, which include Disney heiress Abigail Disney and billionaire venture capitalist Nick Hanauer, said that a complete overhaul of the global tax system was the only solution.

“[The] injustice baked into the foundation of the international tax system has created a colossal lack of trust between the people of the world and the elites who are the architects of this system,” they said.

“Bridging that divide is going to take more than billionaire vanity projects or piecemeal philanthropic gestures – it’s going to take a complete overhaul of a system that up until now has been deliberately designed to make the rich richer.

“To put it simply, restoring trust requires taxing the rich. The world – every country in it – must demand the rich pay their fair share. Tax us, the rich, and tax us now.”

The letter, entitled “in tax we trust” was published as world leaders and corporate executives met for a virtual Davos World Economic Forum. The theme for the forum was “how do we work together and restore trust?”

According to the group, the answer to this question wasn’t going to be found in a private forum, surrounded by other millionaires and billionaires and the world’s most powerful people.

“If you’re paying attention, you’ll find that you’re part of the problem,” they said.

“Trust – in politics, in society, in one another – is not built in tiny side rooms only accessible by the very richest and most powerful. It’s not built by billionaire space travellers who make a fortune out of a pandemic but pay almost nothing in taxes and provide poor wages for their workers.”

“Trust is built through accountability, through well-oiled, fair, and open democracies that provide good services and support all their citizens.”

The group proposed an annual “wealth tax” with those with fortunes of more than $7 million paying 2 per cent, rising to 3 per cent for those with more than $750 million and a 5 per cent tax rate for billionaires.

That would be enough to raise more than $2.8 trillion, which could lift 2.3 billion people out of poverty, make enough vaccines for the world and deliver universal healthcare and social protection for all the citizens of low and lower-middle-income countries (3.6 billion people.)