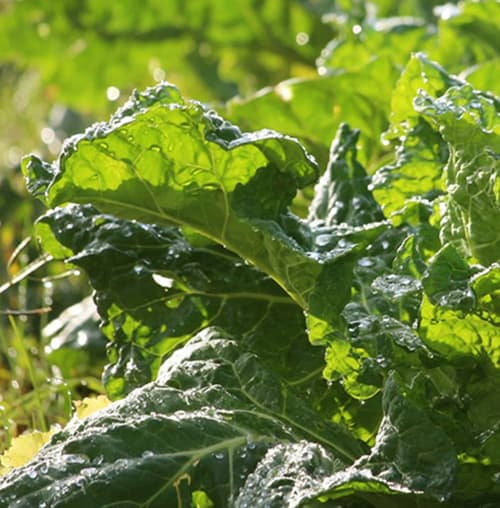 What daily habits have you tried out in the name of good health? There are certain foods that are so rich in a particular nutrient that a mere bite can satisfy one’s daily requirements, and these foods are not always advocated by government agencies.

It bears repeating that RDAs, or recommended daily allowances, set by government agencies, have long been established to be the bare-minimum.

Harri Hemilä, a researcher at the Department of Public Health, University of Helsinki in Finland, details that even as late as 1990, the RDA recommendations for Vitamin C were “arbitrarily set at 60 mg/day to ‘provide an adequate margin of safety’ against scurvy,” even though the Nobel Prize-winning scientist who first discovered Vitamin C advocated for a gram per day, and that there were all kinds, (and there are) of problems that can arise from low C intake before the “pre-mortal” condition of scurvy.

However if a single bite covers the bare minimum, it isn’t outlandish to imagine a second would serve as a realistic 100% dose. Below are some of the foods you can eat to get some of these 1-3 bite doses.

Selenium is important for many processes. It is one of the principal resources for neurogenesis, and its dietary addition increases the creation of new neuro stem cells even in mice aged the equivalent of 80 years in humans.

Also in the body it’s used to create antioxidants, while its effects for preventing cancer are currently being investigated. Deficiency in selenium can lead to severely compromised intestinal function, and dysregulation in the use of zinc and copper in the body.

According to Nutrition Data, one solitary Brazil nut, weighing 5 grams, contains 132% of the USDA’s RDA for a 2,000 calorie per day diet.

Vitamin C is important for creating antioxidant defences, synthesising collagen, fighting off diseases, and much more. One medium kiwi will provide 273%, of the already discussed RDA of vitamin C.

Eating a kiwifruit is much easier to find than a guava, but a guava fruit contains far more dehydroascorbic acid (a form a vitamin C) than kiwifruit. Dehydroascorbic acid is used by two of the major glucose transporters, and is vital for metabolic health.

A cofactor in DNA synthesis, vitamin B12 is critical in both fatty acid and amino acid metabolism. It is important in the normal functioning of the nervous system via its role in the synthesis of myelin, and in the maturation of red blood cells in the bone marrow. It is a common deficiency in the diets of vegetarians and vegans, based on the fact that plants use other biological equipment to perform the functions which animals do with B12.

A single can of sardines in olive oil will provide 137% of one’s B12 needs.

Yes, beef liver isn’t commonly eaten. Modern society has lost its custom for the metallic and slightly bitter flavour of meat from organs. However if you fry beef liver in a pan and cut it into 1 ounce (28 gram) slices, and eat just one of those a day, you would get 208% of the RDA for copper, and 146% of their RDA for vitamin A.

Vitamin A on the other hand is a class of different compounds, including retinol and beta-carotene which have a large variety of functions. It’s essential for embryo development and growth, for maintenance of the immune system, and for vision, where it combines with the protein opsin to form rhodopsin, the light-sensing molecules which is key for both high and low light environments, and also triggers hormonal responses to day and night cycles.

Vitamin K is vital for blood health, in particular the function of blood coagulation which is seriously impaired under low-K conditions. It allows the liver to create a secondary molecule that chelates calcium, and regulates the binding of calcium to bones.

Just one ounce of collard greens contains 154% of one’s RDA for vitamin K. K isn’t usually a common deficiency, but can be found within people with a particular aversion to green vegetables.