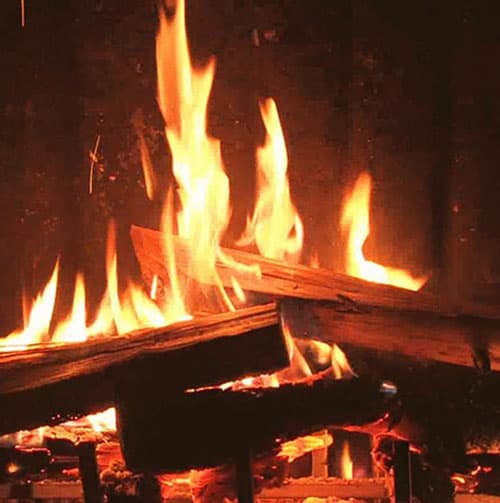 Have you ever felt anxious, down, or just generally off, without knowing exactly why? It’s not you per se, but it may be your surroundings. Your nervous system picks up on so many signals every second of the day, many of which you might be unaware of until they continue to build up.

For example, something as simple as your sitting position can have a profound effect on your mood. Just take it from manual therapist and movement coach Aaron Alexander, author of The Align Method:“If you’re in one position all the time, it becomes your personality,” he declares. Below, he explains the sneaky stimuli that can affect your attitude over time, and how to make them work in your favour.

You heard it here first: Not only can the mind influence the body, but the body can influence the mind. In fact, Alexander references a 2017 study which found that 86% of college students had an easier time accessing uplifting memories in an upright position. On the flip side, they had an easier time accessing depressive memories in a slumped position. Translation? Your body position can totally influence your mood.

For example, let’s say you have a hunched-over posture. “Shoulders rolled in, hyper-kyphotic spine, a forward head posture, maybe knock-kneed … that is a structure that is depressed in the literal sense,” Alexander says. You’re literally pulling your body downward. “If that’s the way you’re navigating the day, it sends a lot of information to yourself.” It’s a concept called postural feedback:

The way you approach the world with your physical form can shape the way you feel. So why not take advantage of an aligned posture?

“Actually visualise how you want your shoulders to feel, your spine, your hips, your knees, your ankles,” Alexander explains. “Do they feel stiff? Do they feel rigid? Do they feel strong? Do they feel stable?” After you define what you want he says, you can then reverse engineer the process and determine which postural patterns will get you closer to your goal.

2. Listen To A Crackling Fire

Ever notice how you feel instantly calm near a warm, crackling fire? According to Alexander, there’s a very good (and evolutionary) reason why: “The crackling of fire for a very long time has been an indicator to your autonomic nervous system that you’re safe,” he notes. “You’re protected, you’re warm, you’re sitting around the fire, you’re sharing stories, you’re connecting with people. The predators are going to stay away because they’re scared of the fire.”

One 2014 study of 226 participants even found that hearth and campfires could induce relaxation and lower blood pressure. Now, you might be thinking: Great, I don’t have a fireplace.But according to Alexander, virtual fires work just as well! “I go on YouTube and put a crackling fire on the TV,” he shares. Plus, the aforementioned study used simulated fires as well, so long as you have those soothing, crackling sounds, you should be all set.

Just as how a slumped body posture can create a sour mood, looking down can also affect your fight-or-flight response. “Your ocular tissue is essentially a continuation of your central nervous system,” says Alexander. Think about it: When you have tunnel-vision, your pupils dilate in response to adrenaline, so more light can enter the eye for you to see the ‘threat’ better. Looking down can also bring down your energy, says Alexander, as it signals to your autonomic nervous system that it’s time to get sleepy.

On the other hand, looking up supercharges the senses. “It’s sending the signal that it’s time to wake up, time to get creative, time to come up with ideas,” notes Alexander. That’s why experts recommend gazing at wide distances if you find yourself in a creative slump, as peripheral vision can activate the parasympathetic nervous system.

Feeling anxious can be a physical experience for many, with shaking hands, an upset stomach, and shortness of breath. It only makes sense that changing your physical position might have an effect on your mood, too. According to Alexander, just a few postural tweaks (plus a quick campfire simulation) can bring you back to baseline.