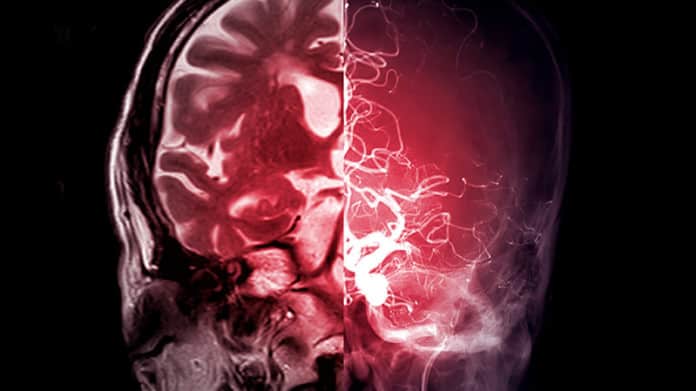 Lifestyle changes and medication are more effective in combating the risk of stroke than invasive procedures, a Monash University study shows.

A Monash researcher has analysed more than four decades of data relating to common treatments for advanced carotid artery stenosis, one of the leading causes of stroke, and found surgery and stents have very limited impact, if any, in preventing stroke.

Carotid artery stenosis is a disease caused by the build-up of fatty deposits (plaques) in the main artery that delivers blood to the brain. The disease affects one in 10 people by age 80 and it is a major cause of stroke – the third-biggest cause of death, occurring when blood supply to the brain is restricted.

The Monash analysis, published in the open science journal Frontiers in Neurology, found that lifestyle factors – such as diet, exercise and quitting smoking – had a significant impact in reducing stroke risk when combined with appropriate medication.

The stroke risk in symptom-free patients with advanced carotid stenosis fell by at least 65 per cent to 1 per cent or less in those using non-invasive measures alone, the study showed. This is similar to, or lower than, the stroke rate in patients who underwent carotid surgery or stenting in past trials.

“People need to understand that they have the greatest power to prevent their own stroke. Healthy life habits, including physical activity, diet and quitting smoking, combined with appropriate medication, help mitigate major risk factors such as high blood pressure and cholesterol, and very effectively reduce the risk of stroke and heart attack.”

There are currently four types of intervention used to reduce stroke risk in carotid stenosis patients:

“Stroke rates are now so low with non-invasive intervention alone that carotid artery procedures are unlikely to provide benefit to the vast majority of patients and have no current proven benefit for any patient,” Professor Abbott said. “Yet carotid artery procedures are still very commonly done in Australia and overseas and they continue to cause significant complications, including stroke, death and heart attack, and they are costly.”

Professor Abbott is calling on the health sector to incorporate best practice non-invasive interventions and stop unnecessary procedures in order to deliver the best outcomes for their patients.

Associate Professor Anne Abbott is a neurologist from the Monash University Central Clinical School. She has been at the forefront of medical research regarding how to best prevent stroke, particularly associated with carotid arterial disease. In 2020 she was awarded the John Maddox Early Career Award. The John Maddox prize is a joint initiative of the charity Sense about Science and the leading international scientific journal Nature. The Prize has been awarded annually since 2012 to researchers who have shown great courage and integrity in standing up for science and scientific reasoning against fierce opposition and hostility.