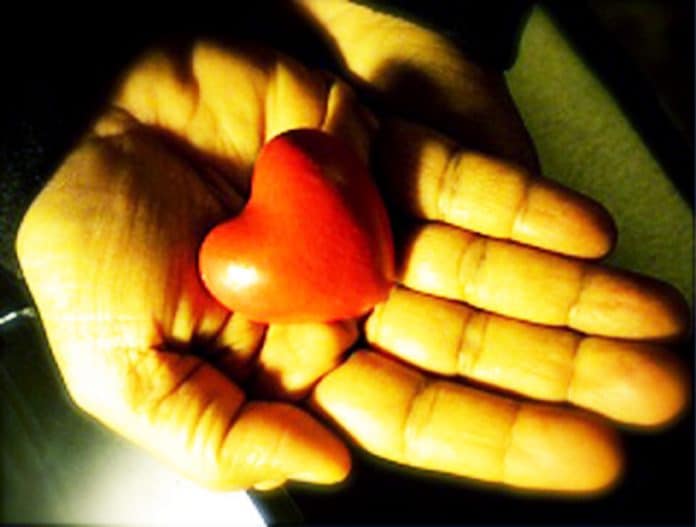 New research shows that being kind to yourself may help poor body image.

Have you ever looked in a mirror and not liked what you’ve seen? I know I have, and I’m sure I’m not alone.

Women and men are both pressured to lose weight, buff up, shed our wrinkles, and colour our grey hair, all in pursuit of a sexier look. The pressure is often exacerbated by social media and the constant opportunity to compare oneself to others. In some cases, the quest for a more beautiful self can lead to eating disorders, which can be deadly.

But some researchers are looking for a new way to counteract those negative cultural messages and improve our body image with self-compassion.

Self-compassion involves mindful awareness of our thoughts and feelings, coupled with kindness towards ourselves—and a recognition of our flaws being part of a common human condition.

Kristin Neff, who coined the term, has studied self-compassion and found that it is tied to resilience and well-being, and can be useful in combatting depression and anxiety.

Now three new studies suggest that self-compassion could help women and men alike to see their own bodies in a more positive light.

In one study, researchers recruited women from 18 to 75 years old to report on their levels of self-compassion and self-esteem, and on the factors affecting their self-worth.

In addition, the survey asked questions about “body image avoidance behaviour”—things like not wearing fitted clothing, avoiding social events, and not engaging in sexual intimacy—that have been tied to an increased risk of eating disorders.

As expected, women low in self-esteem—who tended to evaluate their self-worth based on appearance—engaged in more frequent avoidance behaviour.

But having higher levels of self-compassion tempered the relationship between low self-esteem and avoidance behaviour, suggesting it protects women who might otherwise develop more serious body-image issues.

“Self-compassion is almost a panacea to low self-esteem,” says Peta Stapleton, first author of the study. “If you start learning to love and be compassionate towards yourself, it is hard to keep having low body esteem.”

Moreover, self-compassion may be helpful to reduce negative coping mechanisms at any age, says Stapleton. This is important, she says, because “women who learn to hate their bodies from a young age tend to hold onto this hatred for life.”

“Self-compassion is an under-utilised treatment in clinical programs for eating disorders and could be an answer to helping people recover faster …and earlier,” says Stapleton.

But is self-compassion only tied to body image in girls and women? Results from another study suggest that’s not the case, though self-compassion may not work the same way for both sexes.

Teenage boys and girls reported on their levels of self-compassion, their perceived weight status (from very underweight to obese), how satisfied they were with their appearance, and the degree to which they compared their physical appearance to others’.

Analysing the data, the researchers found that higher levels of self-compassion were associated with more positive body image for both male and female teens, though the patterns were not identical. Among girls, those with greater self-compassion were more satisfied with their appearance. In boys, however, only one aspect of self-compassion—greater self-kindness—seemed related to how they felt about their looks. In other words, mindful awareness and the recognition that everyone struggles didn’t seem to influence how the boys saw themselves.

“We don’t know so much about the processes that underlie the development of body-image concerns in boys compared to what we know about how these things happen in girls,” says lead researcher Rachel Rodgers. “But the fact that the findings here pointed to gender-specific pathways in terms of how self-compassion might be acting is really interesting.”

Though overall self-compassion may affect girls a little differently than boys, self-kindness was the most salient factor for positive body image in girls, too.

“Self-kindness seems to be the dimension of self-compassion most related to body esteem, probably due to the fact that it reflects a non-critical, kind stance toward oneself,” says Rodgers.

In addition, Rodgers and her colleagues found that self-compassion seemed tied to a reduced tendency to compare oneself to others, which is a factor relevant to both boys’ and girls’ body esteem.

These findings were echoed in another recent experiment, where researchers tested how different kinds of social media images would affect women’s feelings about their bodies.

Young women watched five minutes of one of four types of images:

Then, the women filled out questionnaires about self-compassion, mood, and body image.

Those who viewed fitspiration images had no worse moods, self-compassion, or body image than those who viewed neutral images—a finding that contrasts with previous research that had found a correlation.

However, those who viewed self-compassion quotes had significantly more positive moods, more self-compassion, and better body image compared to women viewing neutral images. This effect was strongest for women who embrace the ideal of a thin body.

Even if you’re one of those lucky people who are not in danger of a poor body image, practising self-compassion is still probably a good idea.

“There is already sufficient support in society for being self-critical,” says Rachel Rodgers. “Therefore, anything that could boost a more self-compassionate stand could be useful.”