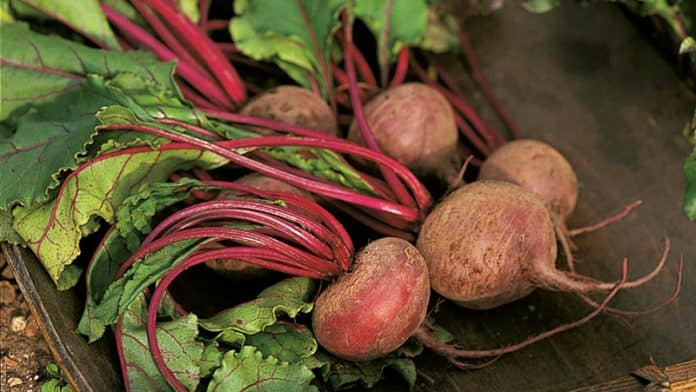 If you have breathing troubles, nitrates – a compound found in beetroot – may be able to help. Previous studies have shown that nitrates can help improve muscle function by optimising the way the muscles use calcium. Since the diaphragm is a muscle, researchers from the University of Florida wanted to see if those benefits could be translated to the diaphragm.

For the study, researchers split older mice into two groups. One group was given drinking water that contained sodium nitrate daily for 14 days. The other group was given plain water. After the study period, they measured the isometric force and peak power of the diaphragm muscles in the mice and found that both significantly increased in the group of mice given nitrates in their drinking water.

This increase in force and power translated to improved contraction of the diaphragm muscle, which can then improve lung function and breathing. The increased power in the diaphragm could also help older people clear the lungs more effectively, which may help reduce the risk of developing infections. For reference, the mice used in the study were 24 months old, which is equivalent to about 70 years of age in humans.

This is especially important during the COVID-19 pandemic for two reasons. The first is that severe symptoms disproportionally affect the older population. We already know that respiratory muscle function declines with age, contributing to breathing troubles, impaired airway clearance and a decreased quality of life. Since nitrates can improve muscle function of the diaphragm, it may help improve the outlook for older populations with respiratory infections like COVID-19.

The study’s author, Leonardo Ferreira, also points out that one of the problems with weaning COVID-19 patients off ventilators is respiratory muscle dysfunction. If dietary nitrates can help improve that muscle function, it may make the transition from ventilators to independent breathing more successful.

The nitrates in beetroot have also been shown to help improve oxygen uptake by dilating the blood vessels and allowing more oxygen to be delivered to muscles, like the diaphragm, and other cells.

Other Benefits of Beetroot

But beetroot aren’t only good for your lungs. Other studies have shown that red beetroot may also:

Keep in mind that naturally occurring nitrates are different from the nitrates found in processed foods, such as bacon or sausages. The nitrates that you get from vegetables are converted to nitric oxide (NO) in your body.

NO has potent health benefits, as described in “Why You Need to Try the Nitric Oxide Dump Workout.” However, when nitrates and nitrites from processed meats react with the gastric acid in your stomach, it forms nitrosamines which are harmful compounds that have been linked to several different types of cancer.

The reason meat-based nitrites don’t boost NO production but rather turn into harmful N-nitroso compounds has to do with the presence of proteins and heme (an iron-containing compound that makes up part of the haemoglobin molecule in blood) and the absence of antioxidant compounds.

On the other hand, plants contain antioxidants such as vitamin C and polyphenols that impede the formation of harmful nitrosamines. The presence of these compounds helps ensure that the nitrites are converted into NO once they reach your stomach rather than harmful N-nitroso compounds.

Unlike processed meats like bacon, most plant foods are also not cooked or fried at high temperatures, which further minimises the chances that harmful substances will be produced.

How to Eat Beetroot

If you’re new to beetroot, there are plenty of ways you can enjoy them:

Although beetroot have the highest sugar content of all vegetables, most people can safely eat beetroot a few times a week. Beetroot juice, however, should be consumed in moderation.

Make sure you also eat the beetroot greens, which are loaded with valuable nutrients, including phosphorus, zinc, fibre, vitamin C, vitamin A, vitamin B6, magnesium, potassium, copper, manganese, calcium and iron.

*For more information and references, please visit the below website.
www.mercola.com