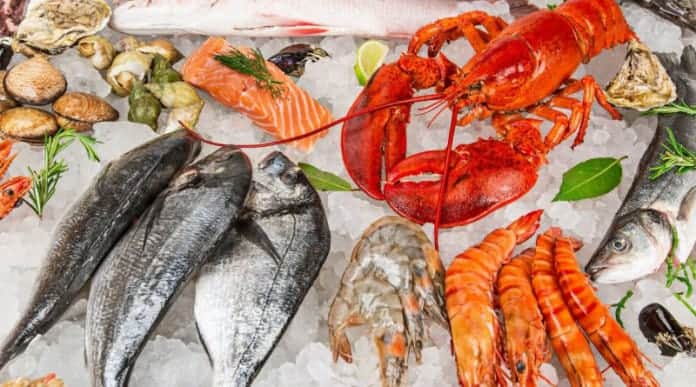 Astaxanthin is a naturally occurring carotenoid with a wide variety of nutraceutical applications in the fight against diseases. Data now reveals astaxanthin has significant promise as a geroprotector, helping to slow brain ageing. Astaxanthin is responsible for the pink or red colour of salmon, trout, lobster and other seafood.

According to Science Direct, “when compared to other antioxidants such as lycopene, vitamin E and vitamin A,” astaxanthin comes out on top and is often referred to as the “king of antioxidants.” It is derived from Haematococcus microalgae, which produce astaxanthin as a protective mechanism to shield from harsh ultraviolet (UV) light.

In your body, astaxanthin works as an antioxidant to help protect against reactive oxygen species and oxidation. These processes play a role in aging, heart disease, Alzheimer’s disease and Parkinson’s disease. Data show astaxanthin can protect your skin against free radical damage from UV light from the inside out.

In 2015, NASA presented at the 66th International Astronautical Conference and shared information showing that a supply of astaxanthin from natural sources could potentially prevent the negative effects of radiation exposure, damage to the eyes and other health effects known to occur to astronauts in space.

In their review of the literature, the scientists identified several pathways astaxanthin may take in slowing brain ageing. They evaluated the results of clinical trials where the endpoint measure was disease and disability.

They found several studies where astaxanthin modulated biological mechanisms, including transcription factors and genes directly related to longevity. One of the main relevant factors modulated by astaxanthin is the forkhead box 03 gene (FOXO3). This is one of only two genes with a significant impact on human longevity.

Additionally, in their search of the literature, they found astaxanthin increases brain-derived neurotrophic factor (BDNF) levels in the brain and can attenuate oxidative damage to DNA, lipids and protein.

They concluded that it was possible astaxanthin can promote longevity and slow the rate of ageing. The neuroprotective properties appear to be attributed to astaxanthin’s ability to reduce oxidative stress and inflammation as well as improve mitochondrial function and the dysregulation of gene expression that occurs with ageing.

The data showing astaxanthin may help slow brain ageing is significant since the neurological ageing process is directly tied to cognitive function. Cognitive changes that can occur, but are not necessarily normal, include finding it difficult to remember words, recall names, having difficulty with multi-tasking or having more difficulty paying attention.

According to the National Institute on Ageing, some of the common changes that can occur in the brain include loss of brain volume, decreased blood flow, inflammation and reduced effectiveness in communication between neurons. Each of these changes affect cognitive function.

After age 40, data shows the volume of the brain can decline at a rate of 5% for every decade. This rate can increase as a person reaches 70 and older.

The primary factor for this shrinking is unclear but scientists suggest there is a decline in volume rather than in the number of neurons that may have a relationship to gender.

Although experts find there are common changes in thinking abilities that decline with age, they also find reading, vocabulary and verbal reasoning may improve as a person ages. With abnormal ageing changes, there may be severe cognitive impairment that affects memory, problem solving and behaviour, associated with dementia.

According to the Alzheimer’s Association, there are more than 5 million in the U.S. who have Alzheimer’s and that number is expected to nearly triple to 14 million by 2050. The cost of these dementias is projected to be $305 billion in 2020 and estimated to rise as high as $1.1 trillion by 2050.

Although astaxanthin is related to beta-carotene, lutein and canthaxanthin, the molecular structure is unique and more potent than other carotenoids. One of the key differences is that astaxanthin has a surplus of electrons to donate as it neutralises free radicals.

Antioxidants work by donating one of their electrons to a free radical in order to stabilise it. However, in donating an electron the antioxidant may then become unstable. Astaxanthin has a surplus of electrons and so can donate many times without becoming unstable itself.

One of the more unique features of astaxanthin is that it’s able to protect both water and fat-soluble parts of the cell. This feature makes astaxanthin powerful. In one study analysing several antioxidants and their effectiveness, data show astaxanthin had antioxidant power greater than alpha-lipoic acid, green tea catechins, CoQ10 and vitamin C.

Most antioxidant carotenoids are either water-soluble or fat-soluble, but astaxanthin can interface between water and fat, which makes it more effective.

Astaxanthin also can cross the blood-brain barrier, where it can exert a strong protective effect on your neurological health.

Evidence shows astaxanthin benefits your whole body. Multiple studies demonstrate the beneficial effect it has on skin health and the protection it offers against UV sun damage, increasing skin elasticity and reducing the appearance of fine wrinkles. Unlike topical sunblock, astaxanthin does not block UV rays so you get the benefit of your skin producing vitamin D from UVB light.

The effect is so potent it can protect against total body irradiation and burn wound progression. As effective as it is on the tissue you see, astaxanthin also has a significant impact on your internal organs and tissues.

In one double-blind, placebo-controlled study, people who took 12 milligrams (mg) of astaxanthin daily for eight weeks had a 20.7% decrease in C-reactive protein, a marker for heart disease.

In another study published in Atherosclerosis, participants were randomly selected to take a placebo or a daily dose of astaxanthin for 12 weeks at 6 mg, 12 mg or 18 mg per day.

In before and after testing, those taking astaxanthin experienced a positive effect on their triglyceride and HDL levels that correlated with increased adiponectin, a protein that regulates glucose found in fat tissue. Astaxanthin is also a potent preventive and treatment for age-related macular degeneration, which is the most common cause of blindness in the elderly.

Astaxanthin demonstrates the ability to protect retinal cells from oxidative stress in lab studies. A review of the literature suggests astaxanthin may be effective in the prevention and treatment of several ocular diseases, “including diabetic retinopathy, age-related macular degeneration, glaucoma and cataract.”

Studies have also delved into astaxanthin’s effects on cancer. Both in vivo and in vitro preclinical antitumor effects have been demonstrated in various cancer models. According to a study published in 2015, astaxanthin:

The extent of the benefits of this powerful antioxidant are still being discovered. In the recent COVID-19 pandemic, researchers have found indications that justify the potential for including natural astaxanthin in combination with other treatments to benefit people with COVID-19.

A recent paper published on the research library website SSRN found the unique molecular structure of astaxanthin allows it to penetrate cell membranes and quench reactive oxygen species and free radicals on the inner and outer layer of the membrane. This provides superior protection against oxidative stress. The scientists wrote:

According to the authors, astaxanthin may be uniquely suited for the task of protecting cells against SARS-CoV-2. The scientists list multiple pathways astaxanthin is known to work that could effectively inhibit a cytokine storm in severe COVID-19. They wrote that astaxanthin:

“… with its proven anti-inflammatory and anti-oxidant activity backed by multiple preclinical and human trials and with its extraordinary safety profile can be one of the most promising candidates to be tried against COVID-19.

Taken together, we speculate that implications of astaxanthin as adjunctive countermeasure in the treatment of COVID-19 may exert dual purpose of both as antioxidant and anti-inflammatory compound with beneficial outcome of reduce fatality and rapid recovery …”

In short, astaxanthin ticks many important boxes to ameliorate COVID-19, including immune response regulation and the enhancement of both cell-mediated and humoral immune responses.