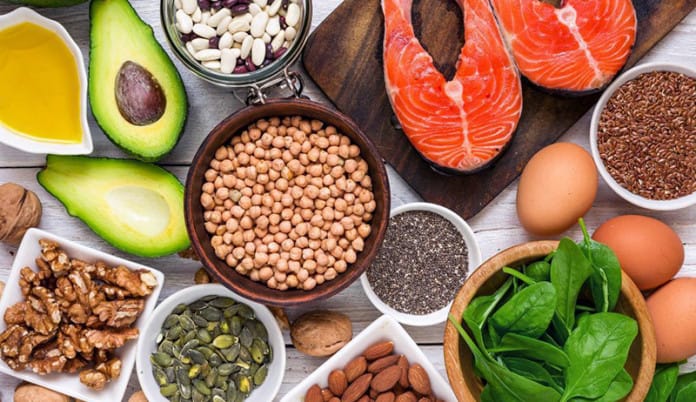 Omega-3 fats are important for many reasons. While their brain and cardiovascular benefits are well-established, a lesser known benefit has to do with autoimmune diabetes.

According to researchpublished in December 2020, adults who test positive for glutamic acid decarboxylase (GAD65) antibodies — a marker for Type 1 diabetes — can significantly reduce their risk of adult-onset diabetes by eating omega-3 rich fatty fish.

The study looked at data from 11,247 cases of adult-onset diabetes and 14,288 diabetes-free controls that participated in the Epic-InterAct case-cohort study conducted in eight European countries. As explained by the authors:

“Baseline plasma samples were analysed for GAD65 antibodies and phospholipid n-3 PUFAs. Adjusted hazard ratios (HRs) for incident diabetes in relation to GAD65 antibody status and tertiles of plasma phospholipid n-3 PUFA or fish intake were estimated using Prentice-weighted Cox regression …The hazard of diabetes in antibody-positive individuals with low intake of total and fatty fish, respectively, was significantly elevated (HR 2.52 and 2.48) compared with people who were GAD65 antibody negative and had high fish intake, with evidence of additive (AP 0.44 and 0.48) and multiplicative interactions.

Some of the researchers from this team first investigated the impact of fish consumption on latent autoimmune diabetes back in 2014. At that time, they analysed data from a much smaller cohort that included 89 cases of latent autoimmune diabetes in adults, 462 Type 2 diabetics and 1,007 diabetes-free controls. A food frequency questionnaire was used to determine fish intake along with omega-3 supplementation and vitamin D intake.

Those who ate one or more servings of fatty fish per week had a 49% reduced risk of latent autoimmune diabetes compared to those who got less than one weekly serving.

Results showed those who ate one or more servings of fatty fish per week had a 49% reduced risk of latent autoimmune diabetes, but not Type 2 diabetes, compared to those who got less than one weekly serving. Similar associations were seen among those who took omega-3 supplements.

The Type of Fish You Choose Matters

While this is good news, it’s important to be careful about your seafood choices. Importantly, not all fish contain omega-3s. Only fatty, cold-water fish do. Examples include wild-caught Alaskan salmon, sardines, anchovies, mackerel and herring.

Farmed fish, especially farmed salmon, is best avoided altogether due to the exaggerated potential for contamination. At first glance, farmed fish may seem like a good idea to help protect wild seafood populations from overfishing, but in reality, the industry is plagued with many of the same problems surrounding land-based concentrated animal feeding operations (CAFOs), including pollution, disease, toxicity and inferior nutritional quality.

Most farmed fish are fed genetically engineered (GE) corn and soy, which are a completely unnatural diet for marine life and are loaded with hazardous omega-6 fats. Others are fed fishmeal, which is known to accumulate industrial chemicals like PCBs and dioxins.

Remember a few important facts: The first is that the omega-6 fats that are fed to these fish have about 90% of the dangerous linoleic acid (LA). So, consuming these fish will not correct a high omega 6-to-3 ratio. Additionally, the primary action needed if your ratio is too high is to first lower your LA intake.

According to toxicology researcher Jerome Ruzzin, farmed salmon is one of the most toxic foods on the market — five times more toxic than any other food product tested. Farmed fish waste also promotes algal growth that harms the water’s oxygen content, posing risks to coral reefs and other aquatic life.

From a nutritional perspective, farmed salmon have the drawbacks of containing only half the omega-3 of wild salmon and one-fourth the vitamin D, while having more than 5.5 times the amount of omega-6.Farmed salmon are also routinely exposed to antibiotics and pesticides.

Alaska does not permit aquaculture, so all Alaskan fish are wild caught. They also have some of the cleanest water and some of the best maintained and most sustainable fisheries.

To verify authenticity, look for the state of Alaska’s “Wild Alaska Pure” logo. This is one of the more reliable ones, and it’s a particularly good sign to look for if you’re buying canned Alaskan salmon, which is less expensive than salmon steaks.

In the past, sockeye salmon was another good choice as they weren’t farmed. Unfortunately, this has changed. Land-based sockeye salmon farming is now being done, which makes it difficult to know whether the fish is wild or not. For this reason, it may be best to avoid it unless you can verify that it’s wild-caught.

Your Omega-3 Index Is an Excellent Predictor of Mortality

Aside from affecting your risk of autoimmune diabetes, omega-3 fats also play other important roles in health. For example, research published in 2018 confirmed omega-3 fats can reduce your risk of cardiovascular disease (CVD), coronary heart disease and all-cause mortality.

Overall, those with an omega-3 index in the highest quintile had a total mortality that was 34% lower than those in the lowest omega-3 quintile, and a 39% lower risk for CVD. The strongest association was found for the omega-3 docosahexaenoic acid (DHA). According to the authors, “The omega-3 index can serve as a marker of overall health in older Americans.”

DHA for Your Brain Health

DHA is also crucial for brain health. In my book, “Superfuel,” cowritten with James DiNicolantonio, Pharm.D., we explain how DHA is an essential structural component of your brain, and is found in high levels in your neurons, the cells of your central nervous system.

When your omega-3 intake is inadequate, your nerve cells become stiff and more prone to inflammation as the missing omega-3 fats are substituted with omega-6 instead.

Once your nerve cells become rigid and inflamed, proper neurotransmission from cell to cell and within cells become compromised. Low DHA levels have been linked to memory loss and Alzheimer’s disease, and some studies suggest degenerative brain diseases may potentially be reversible with sufficient DHA.

DHA also stimulates the Nrf2 pathway, one of the most important transcription factors that regulates cellular oxidation and reduction, and aids in detoxification. Additionally, DHA increases heme oxygenase 117 (a protein produced in response to oxidative stress) and upregulates antioxidant enzymes — all of which are important for brain health.

The omega-3 eicosapentaenoic acid (EPA), meanwhile, appears to be particularly beneficial in the treatment of depression,as it helps lower levels of tumour necrosis factor alpha, interleukin 1 beta and prostaglandin E2 — three immune chemicals that tend to be elevated in those with depression.

The Many Health Benefits of Omega-3 Fats

Other health benefits of omega-3 fats include the following:

The Importance of Phospholipid-Bound Omega-3

While fish oil is a well-known source of omega-3 fats, it has several drawbacks, the lack of phospholipids being one of them. DHA and EPA are water insoluble and therefore cannot be transported in their free form in your blood. They must be packaged into lipoprotein vehicles such as phospholipids. This is primarily why the bioavailability of krill oil is so much higher than fish oil, because in fish oil, the DHA and EPA are bound to triglycerides.

When you take fish oil, your liver has to attach it to phosphatidylcholine in order for it to be efficiently utilised. Phospholipids are also one of the principal compounds in high-density lipoproteins (HDL), which you want more of, and by allowing your cells to maintain structural integrity, phospholipids help your cells function optimally.

Research by Rhonda Patrick, Ph.D., has highlighted the value of DHA bound to phospholipids, showing this form may actually reduce the risk of Alzheimer’s disease in those with the apolipoprotein E4 (APOE4) gene, which lowers the typical age of onset of this degenerative brain disorder.

Two hallmarks of Alzheimer’s are amyloid beta plaques and tau tangles, both of which impair normal brain functioning. Alzheimer’s patients also have reduced glucose transport into their brains, and this is one of the reasons why plaque and tangles form and accumulate in the first place. According to Patrick, DHA encourages your brain’s uptake of glucose by regulating the structure and function of glucose transporters, proteins located at your blood-brain barrier.

While eating DHA-rich fish has been shown to slow the progression of Alzheimer’s in APOE4 carriers, taking fish oil has not demonstrated the same efficacy. According to Patrick, this variation in response appears to be related to the different ways in which the two forms of DHA are metabolised and ultimately transported into your brain.

According to Patrick, people with APOE4 have a faulty nonesterified DHA transport system, and this may be why they’re at increased risk for Alzheimer’s. The good news is that DHA-lysoPC can bypass the tight junctions, thereby improving DHA transport, and for those with one or two APOE4 variants, taking the phospholipid form of DHA may therefore lower their risk of Alzheimer’s more effectively.

One of the most hazardous fats in the human diet, in my view, is omega-6 linoleic acid (LA). Processed vegetable oils are primary sources of LA, but animal foods such as chicken and farmed salmon also contain high amounts of it, thanks to the fact that the animals are fed LA-rich grains.

There’s evidence to suggest excessive amounts of LA play a role in most chronic diseases, especially top killers such as heart disease. Evidence implicating excessive consumption of LA as a direct cause of heart disease includes, but is not limited to, the following:

Do You Know Your Omega-3 Index?

An omega-3 deficiency leaves you vulnerable to several chronic diseases and lifelong challenges. Optimising your levels is truly a foundational strategy to attaining and maintaining good health. The best way to determine if you’re eating enough food with omega-3 is to get an omega-3 index test.

The omega-3 index is a measure of the amount of EPA and DHA in the membranes of your red blood cells (RBCs). Your index is expressed as a percent of your total RBC fatty acids. The omega-3 index has been validated as a stable, long-term marker of your omega-3 status.

An omega-3 index over 8% is associated with the lowest risk of death from heart disease, while an index below 4% places you at the highest risk of heart disease-related mortality.

I firmly believe an omega-3 index test is one of the most important annual health screens that everyone needs.