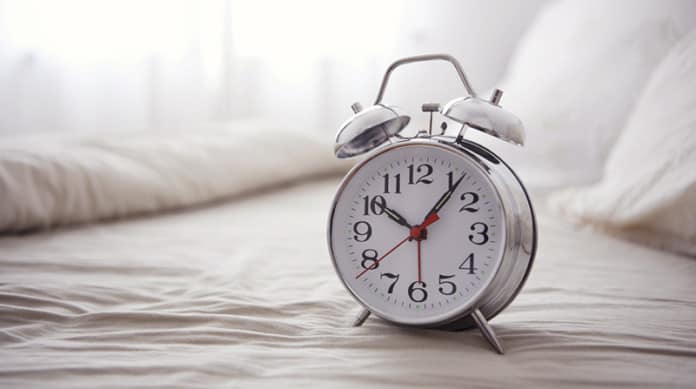 It’s no secret that sleep is essential for a number of our body’s functions – from cellular repair to muscle growth and brain health. But now a new study is providing new evidence on the link between sleep duration and dementia risk in middle-aged adults.

Studying The Connection Between Dementia And Sleep

Researchers analysed existing data from a long-term study on nearly 8,000 British people since 1985, conducted by the University College London. As part of the project, participants reported how long they slept multiple times over 25 years. Some of also wore sleep-tracking devices to ensure they were giving accurate numbers on their sleep duration. Correlations were then sought between poor sleep and a greater risk for dementia down the line.

Researchers have long suspected that there is a link between sleep and dementia risk, but they’ve been unsure where that link begins. That is, they didn’t know if a lack of sleep can predispose people to dementia.

The important thing about this study is that it started following the sleep patterns of people who were in their 50s, presumably before dementia had set in.

Although the study authors were careful to note their research still can’t prove a direct cause-and-effect relationship between sleep and dementia, what they did say is that within the group of almost 8,000 participants, researchers found that middle-aged adults who consistently clocked low sleep durations were 30% more likely to develop dementia – regardless of sociodemographic, behavioral, cardiometabolic, and mental health factors.

The study authors considered seven hours to be a normal sleep duration, compared to six hours or less, which was considered short.

While the jury is still out on whether this connection is a direct cause-and-effect, it’s certainly a good reason to consider getting at least seven hours of sleep per night, particularly if you’re in your 50s or 60s and/or have a history of dementia in your family.

The study authors note that more research is needed to better understand the relationship between sleep and dementia risk, but given how important sleep is for so many bodily functions, there’s really no reason not to aim for a full night of quality sleep every night.