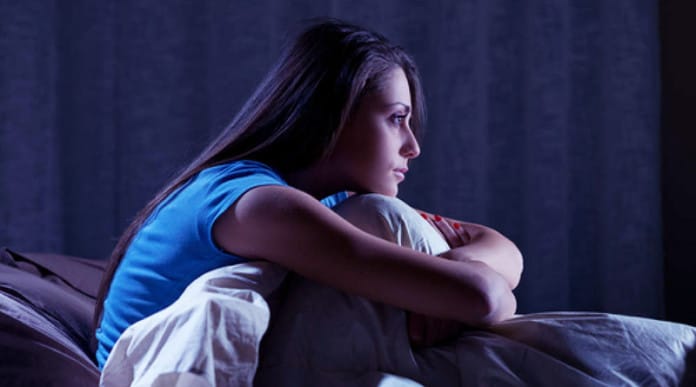 It’s not uncommon to wake up in the middle of the night, whether from a bad dream or for a bathroom break. Sometimes, we don’t even remember waking up during the night come morning. So, how many wakeups are considered normal?

The good news is, it’s completely normal to wake up during the middle of the night, even more than once, sleep and health psychologist Joshua Tal, Ph.D. explains … “this actually used to be the norm.”

“Before the Industrial Revolution,” he says, “we would go to bed a little bit earlier than we do nowadays, and we would basically wake up in the middle of the night, go to the bathroom, hang out, maybe have a cup of tea, and then go back to sleep and sleep in a little bit.”

When we began consolidating our sleep post–Industrial Revolution, is when more sleep issues rose to prominence.

“However,” he says, “waking up in the middle of the night doesn’t necessarily mean you’re losing out on deep sleep: Usually you’re waking up between stages of sleep, so you’re not really interrupting anything.”

“It’s easier to wake up during light sleep (stages 1 or 2), from a noise or the need to pee for example, and that’s completely normal.”

Now, if you’re waking up four to five times a night, he says, that’s starting to get excessive and could be a sign of an underlying condition.

In addition to that, it shouldn’t take much longer than 15 to 30 minutes to fall back asleep.

So, if you’re dealing with many wake-ups or can’t fall back asleep, that’s when you may need to work with a professional, such as a sleep psychologist.

While waking up occasional at night is totally normal, that doesn’t mean they aren’t annoying. If yours are bothering you, you’ll be happy to know there are lots of things you can do.

Firstly, make sure your bedroom temperature is around 65 degrees – any warmer and you’ll be more prone to restlessness and nightmares, according to research.

You also want to be careful about drinking too much water before bed.

Finally, targeted sleep-supporting supplements, can help you get deeper and more rejuvenating sleep.

Long story short, waking up a lot during the night isn’t necessarily a reason to worry. There are plenty of solutions out there to ensure you can get to sleep, make it through the night, and wake up feeling rested. However, if you are waking up more than 4-5 times a night and/or having trouble falling back asleep, you might want to consult a professional.