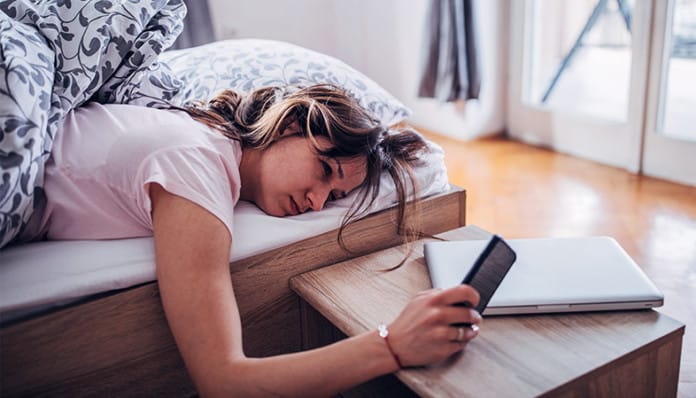 Getting enough sleep is essential for maintaining energy levels throughout the day, helping our cells function optimally, and so much more. And according to a new study on sleep and calorie intake, getting enough sleep can also help us keep up with healthy eating habits.

Looking At The Connection Between Sleep And Calorie Intake

For this four-week randomised clinical trial, a team of researchers analysed the sleeping and dietary patterns of 80 adults who regularly slept 6.5 hours or less per night (i.e. considered to be short, inadequate amounts of sleep).

After a two-week baseline period, half of the group was coached through two weeks of personalised sleep hygiene counselling with the goal of helping them extend their daily snooze to at least 8.5 hours. Meanwhile, the other half of the group continued with their normal sleep routines.

As lead author of the study Esra Tasali, M.D. explained in a news release, previous research has already shown that not getting enough sleep can lead to overeating and, subsequently, weight gain. So the question here, he says, was, “If this is what happens with sleep loss, can we extend sleep and reverse some of these adverse outcomes?”

It’s important to note that aside from the sleep hygiene counselling, the participants were instructed to go about their business as usual (i.e. no suggested dietary changes).

Based on the findings, it would seem the team’s hypothesis proved true.

Participants who increased their sleep duration by at least an hour saw a reduction in calorie intake by an average of 270 calories per day.

This is notable, given the only intervention was the sleep hygiene counselling. As Tasali notes, “This was not a weight-loss study but even within just two weeks, we have quantified evidence showing a decrease in calorie intake and a negative energy balance (calorie intake is less than calories burned).”

He adds that if these changes were to be maintained, people would likely notice “clinically important weight loss” over time.