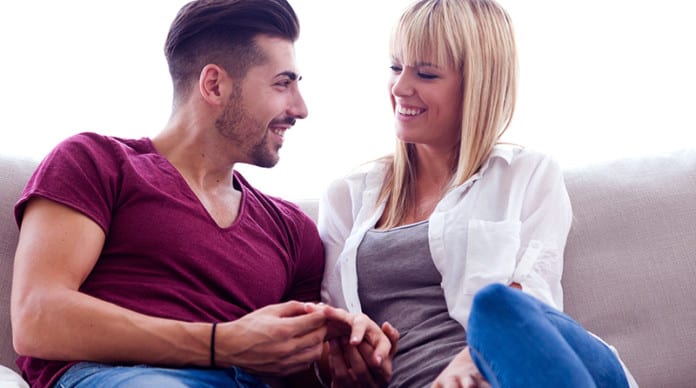 If someone has ever tried to make you feel bad about something without directly saying it, you may well have been a victim to guilt tripping. This behaviour isn’t uncommon, but if you don’t know what to look for, you might not realise it’s happening. Here’s how to spot guilt trip signs, plus how to deal with it, according to experts.

What Does ‘Guilt Trip’ Really Mean?

Guilt tripping is a type of behaviour that involves making someone feel guilty for something rather than directly expressing your displeasure. As therapist and relationship expert  says, it’s a form of manipulation designed to either make the person feel bad or to get them to do something you want by evoking guilt.

According to both Page and licensed marriage and family therapist Shane Birkel, LMFT, guilt tripping is classic passive-aggressive behaviour because it indicates an inability – or at least an unwillingness – to communicate in a healthy and constructive way.

This kind of behaviour can be seen across all kinds of relationships, from romantic to parent-child relationships to friendships, and even in the workplace between bosses or co-workers.

Why It’s Not OK To Guilt Trip Someone

It’s not a bad thing to express when you feel hurt or upset by someone else’s behaviour, Page notes, but when you start to become passive aggressive and manipulative about it, that’s when it becomes a problem.

“Guilt tripping is indirect and manipulative, [and] it works by making people feel bad about themselves,” he says.

Birkel adds that guilt tripping also doesn’t require the same vulnerability as directly sharing your hurt and how you’re feeling.

Open and vulnerable communication, such as saying, “Hey, I understand we all run late sometimes, but it makes me feel like you’re not prioritising our time together when you show up late,” for example, would not be guilt tripping, Birkel adds.

Is Guilt Tripping A Form Of Gaslighting?

Gaslighting and guilt tripping are not the same, though they have “large areas of overlap,” according to Page.

He notes that gaslighting is all about denying someone’s reality to make them question themselves, which is a “deep form of manipulation.”

Guilt tripping is more about making someone feel bad or guilty for their behaviour.

That said, dark personality types like narcissists and other toxic people will often use both of these manipulation tactics freely and without remorse, Page explains. Common signs to look out for include:

The main things you want to look for when it comes to someone guilt tripping you are an inability to express negative feelings directly, and behaviour that makes you feel guilty.

As Page explains, “When you feel that sharp pang of guilt, ask yourself, what is happening? Are you being made to feel that you are less of a good person, or were they actually bothered appropriately by something you did that you need to fix and correct?”

When you become aware of how guilt feels in your body and the thoughts it makes you think, that’s the quickest way to identify guilt tripping behaviour, he adds.

And if you’re noticing a trend that this person has a hard time expressing when you’ve done something that bothers them, that’s a tell-tale sign too.

There are plenty of reasons that people resort to guilt tripping, whether subconscious or very much conscious.

A lot of the time, Page explains, it’s simply the “easiest” option, compared to actually being vulnerable and stating your needs and feelings in a direct way.

Sometimes people want sympathy, sometimes they want to manipulate your behaviour, and sometimes they may just be looking for attention. But the key is they’re not willing to be forthright with what they’re wanting from the interaction.

According to Birkel, guilt tripping someone can also be “a twisted way of trying to get compassion.” They’re trying to make you feel bad about what you did because they want you to understand how it hurt them, he says.

“Often, when we feel that something is wrong but we don’t feel that we have a right to ask for what we want, we use guilt tripping or other passive-aggressive behaviour instead,” Page explains. “In other words, our guilt around our own needs makes us guilt trip other people.”

Birkel also notes this kind of behaviour can stem from having this behaviour modelled for you growing up, as well as not having your needs met as a child.

“If someone grew up in a family where they weren’t allowed to have a voice, or their wants and needs were shut down by a parent, they might start guilt tripping others because they never learned how to communicate directly,” he explains.

How To Respond To A Guilt Trip

How you choose to respond when someone guilt trips you will depend on everything from your communication style to how much patience you have in the moment and how serious the situation is.

In extreme cases, especially in situations where you’re being unfairly blamed for something, you always have the option to set a boundary and walk away from the conversation.

With all that said, Page and Birkel both recommend extending compassion when you can. “Underneath the guilt tripping is a request, hidden in blaming, passive-aggressive behaviour,” Page explains.

That hidden request is often compassion and understanding.

For starters, there might be an apology you can and should make if you did actually hurt this person (intentionally or not). Birkel suggests starting there, and to emphasise that you understand why they’re feeling the way they do. That can sound like “I understand why you’re upset, and I apologize for X.”

Then, once the apology is made earnestly and accepted, perhaps a couple of hours later he says, you can bring up that you didn’t appreciate the way they approached the conversation, saying something like, “Again, I understand why you were upset, but I did feel as though you were trying to make me feel guilty, so I’m hoping you can communicate with me more directly about what’s going on for you in the future.”

Ultimately Page says, it’s important that you and the other person both get to speak your mind about how you’re really feeling. In some cases, for instance, you might be letting somebody down and disappointing them, but that doesn’t mean that you have anything to feel guilty for; you just might not be able to meet their expectations, he explains. “On the other hand, when you listen to what they want and need, if it feels valid, you might want to reconsider your actions,” he adds.

It comes down to honest, open, and vulnerable communication, which is a skill that can take time to cultivate. But the good news is, the more you practise healthy communication, the easier it becomes over time.

Guilt tripping can range from small, rare instances to extreme cases of manipulation. If things escalate to the point of emotional abuse, remove yourself from the situation as best you can. Otherwise, guilt tripping is a behaviour (albeit a frustrating one) that can be worked on and improved with healthy communication and vulnerability.